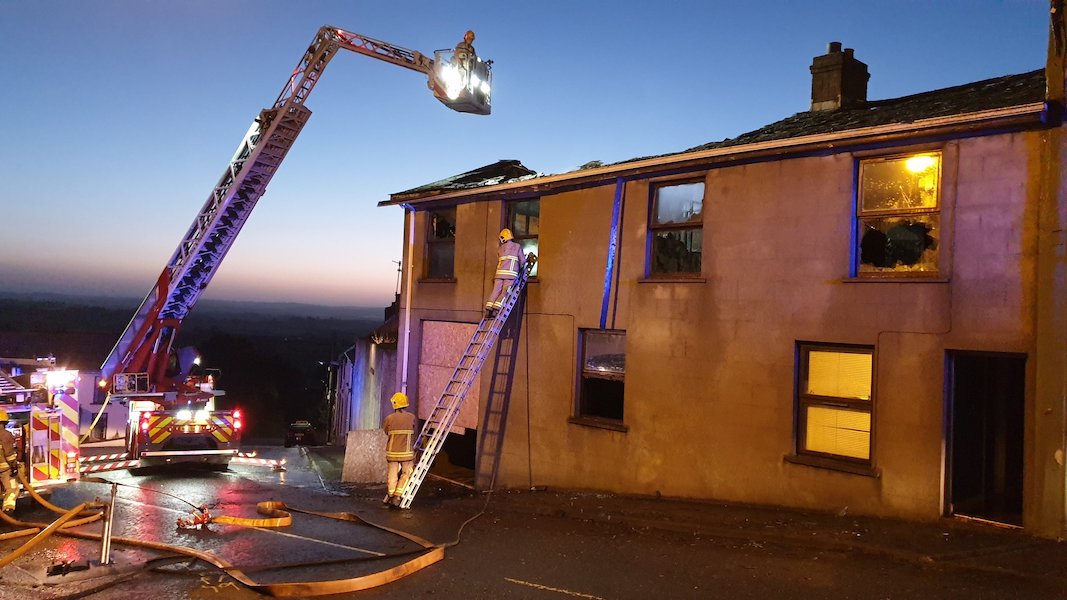 These images show the devastation caused to a property which was currently undergoing renovation works.

The two-storey building on Dromore Street in Rathfriland was almost completely gutted by a blaze in the early hours of Sunday morning.

Fire crews battled the flames – which was raging for a period before they arrived – in a bid to save as much of the building as possible.

A NI Fire and Rescue spokesperson said the fire is not being treated as suspicious.

“In the early hours of Sunday 19 July crews from Rathfriland and Newry assisted by a turntable ladder appliance from Portadown Station dealt with this well-developed fire in a house under renovation at Dromore Street, Rathfriland.

“The cause of the fire was determined as accidental.”

There were no injuries reported.