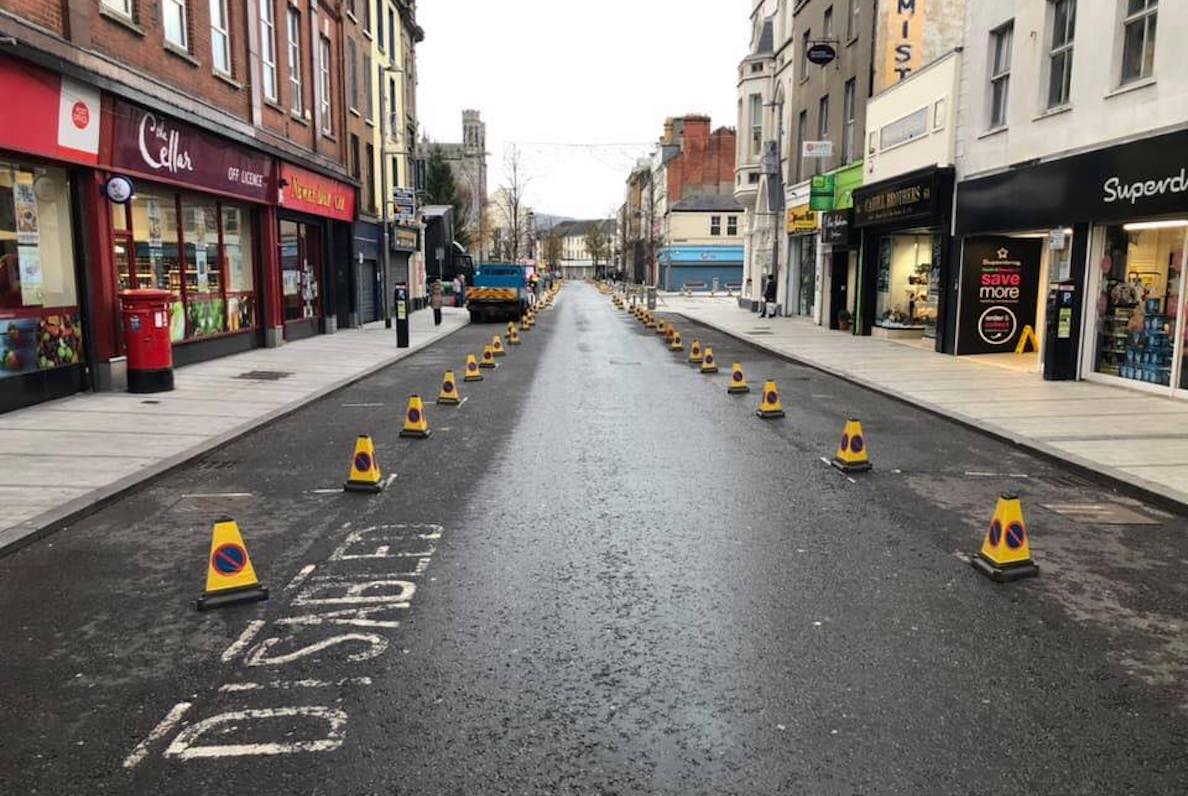 Newry traders were left infuriated this morning as a street in the city was coned off for the Christmas lights switch on – 10 and a half hours before the event.

All the parking bays in Hill Street were coned from 7am on Thursday morning for the ease of the event which was scheduled for 5.30pm this evening.

Speaking to Armagh I, councillor Savage said: “I was approached by a number of traders that were very angry that there were no parking bays out the front of the shops in hill street.

“Effectively the place was starting to resemble a ghost town this morning.”

Fortunately, after contact was made with the Chief Executive, Liam Hannaway, movement was made to open up the bays once more by lunchtime.

Councillor Savage commented: “I think this was a bit of strategic planning that went badly wrong and we will have to have a look at it again for next year.

“We should be able to do these things with minimal disruption.”

The SDLP councillor claimed that the decision had been made by officials with neither him nor any of his council colleagues being aware of the actions.

“I do not believe there was enough consultation with the traders either,” Mr Savage added.

“All of this during most traders’ busiest times of the year.

“It is just crazy that the street was going to be closed from seven in the morning; it is sending out the wrong signals and we are going to have to rethink this for next year.”

He added that the festivities were meant to promote local businesses and in future this should be carried out while “minimising the drop in footfall”.

“This is all part of painting Newry as one of the top retail destinations in Ireland,” he continued.

It is hoped that the swift movement to reopen the parking bays will have minimised any losses to nearby business.