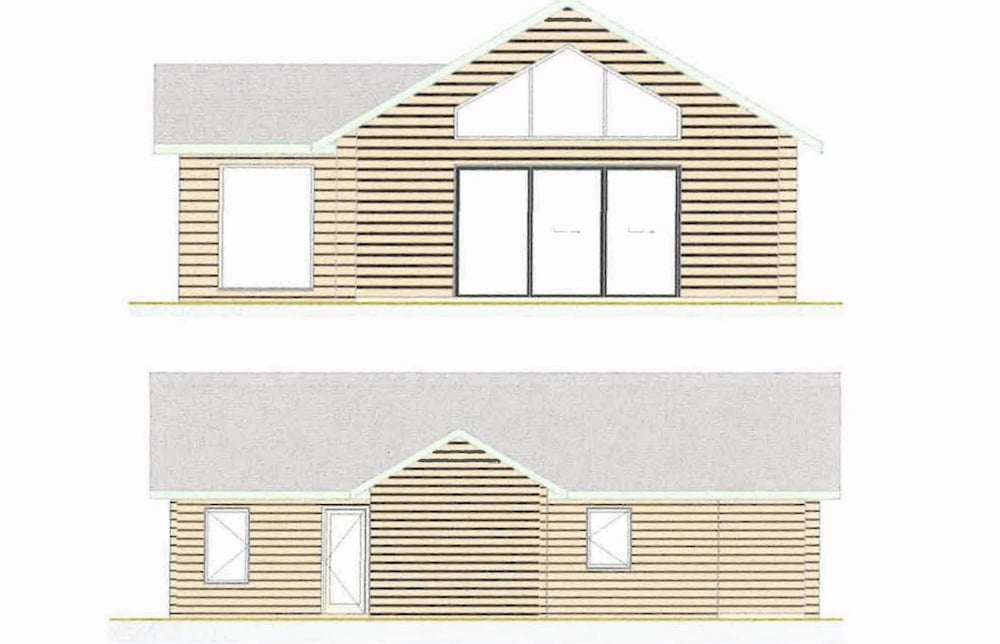 An exciting new holiday park – featuring luxury chalets, tent pitches, pods, yurts/bell tents – could be on the cards near Cranfield.

Proposals for the development – which also include a central community ‘hub’ complete with tearoom/cafe – have now been laid before Newry, Mourne and Down District Council for consideration.

The application, in the name of Ballynahattan Cottages, at Cranfield Road, Kilkeel. In relates to a site 220 metres southeast of the applicant’s address, less than a mile from Cranfield itself.

But it insists this development – which would represent a significant investment in the coastal resort – will be very different and help take away a “blight” on the local landscape.

The statement points out: “The provision of a holiday park in this location with luxury chalets, pods and yurts would complement the existing accommodation options available, which is presently dominated by static caravans.

“In doing so, it would strengthen the district’s tourism industry.

“The land marked for development is a former sand pit that was never fully restored upon cessation of the sand mining operations – subsequently this land is a blight on the landscape.

“The application is accompanied by a landscaping scheme which will enhance the biodiversity of the area and will go some way towards regenerating this degraded former sand pit site.”

The development – if given the go-ahead – would see the construction of five luxury holiday chalets, as well as four shepherds’ hut pods, and two yurts/bell tents.

There would be three different chalet types, some two bedroom, some three bedroom, all with open plan kitchens and dining areas, bathrooms and front decking areas. Some come complete with saunas included too!

There would also be a dedicated camping area with six tent pitches provided.

The central community hub would offer self-catering cooking facilities, reception and tearoom/cafe, a lounge and internal recreational area, toilet facilities and showers. There would also be car parking for guests and bin provision too.

In all, there would be 22 car parking spaces provided on site as well.

The planning statement explains: “The overall scheme will be laid out in an informal manner with the chalets overlooking three small lakes. The other units of accommodation – pods, yurts and tents – are positioned to the east of the site and are orientated around a central communal BBQ area. The proposal also includes a communal ‘hub’ building located centrally within the site.

“Communal open space is provided centrally within the site as an integral feature of the development.

“The units of accommodation are connected via a network of informal gravel paths and are to be separated and screened through the use of soft landscape boundary planting.”

The applicants are convinced the development is needed and will be warmly welcomed.

The planning statement says: “The design approach has been to create a modern holiday park retreat with a range of accommodation options to provide holiday goers with an attractive alternative to the caravan accommodation that is prevalent within Cranfield.”

The proposals will now be advertised shortly with a decision to be made in due course.