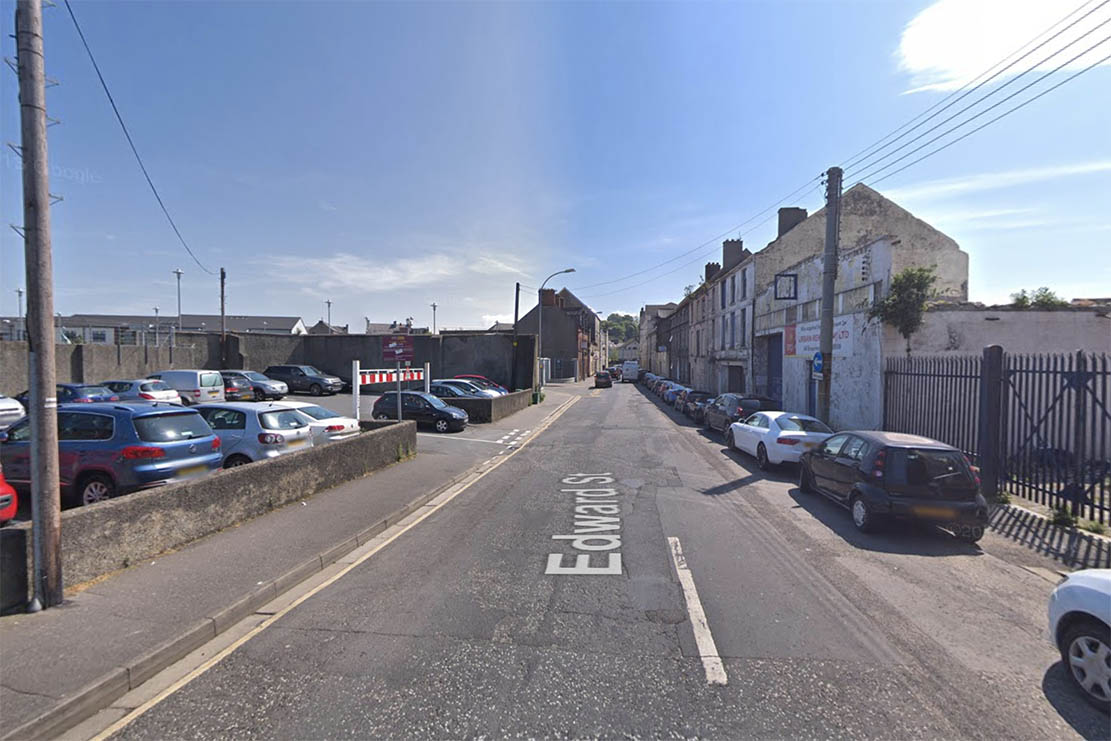 Three new multi-storey apartment blocks could be built close to the canal in Newry city centre.

The development aims to fill a ‘gap’ site at Edward Street and would see the provision of a total of 38 apartments.

Three blocks would be constructed in the area.

The first would be a four-storey building consisting of 24 apartments – six at each floor level.

The second block would be three-storey and there would be two apartments at each level.

The remaining eight apartments would be provided in a third four-storey block.

Proposals for the works have been submitted to Newry, Mourne and Down District Council for consideration.

According to a design statement provided with the application, the plans would see new buildings “match and respecting those present in existing neighbouring buildings at Edward Street”.

The site boundary would be enhanced the the introduction of “soft landscaping”.

The scheme also includes a designated bin area for each block and clothes drying facilities within a fenced area.

A total of 32 car parking spaces would be provided.

The exact location – as described in the application – is on “lands at 14-18 Edward Street to the rear of 15 Merchants Quays and adjacent to 31 Lower Catherine Street, Newry”.

Planners will now look at the proposals in depth before bringing an opinion back to council committee for consideration on whether or not to approve plans.