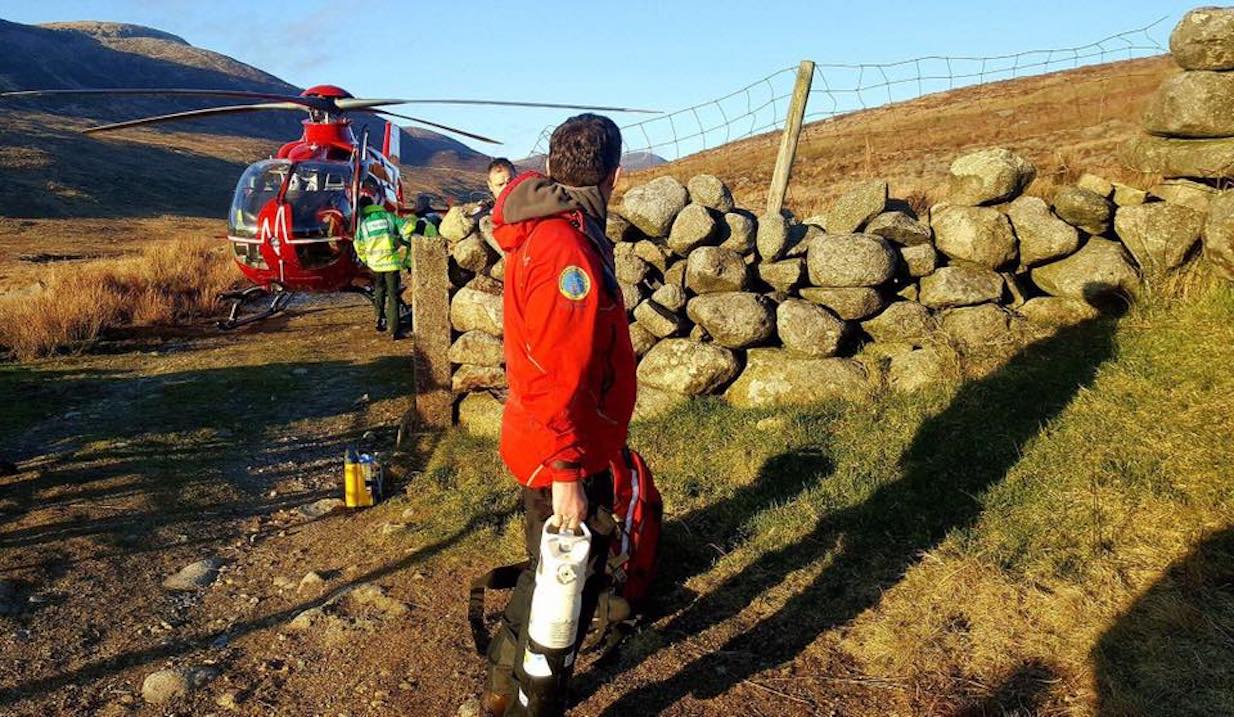 Air Ambulance were called into help after a walker suffered a serious head injury in the Mournes on Saturday afternoon.

The casualty was air lifted to hospital following the mountain rescue shortly after 3pm.

A spokesperson for the Mourne Mountain Rescue Team (MMRT) said: “At 3.11pm the team received a request to assist an injured walker who had sustained a serious head injury following an incident with a horse in the Bann’s Road area.

“An NIAS ambulance crew and the NI Air Ambulance were already on scene and had treated and packaged the casualty.

“Team members assisted and carried the casualty to a nearby track to be evacuated to hospital by helicopter.

“As the team were wrapping up following this incident at 6.33pm a second call came in requesting assistance for walkers lost in the Spence’s valley area.

“The team put a search plan in place, located the lost party and escorted them to team vehicles and onward to safety.”

A total of 15 MMRT members responded to the two incidents and stood down at 9.15pm – after six hours.