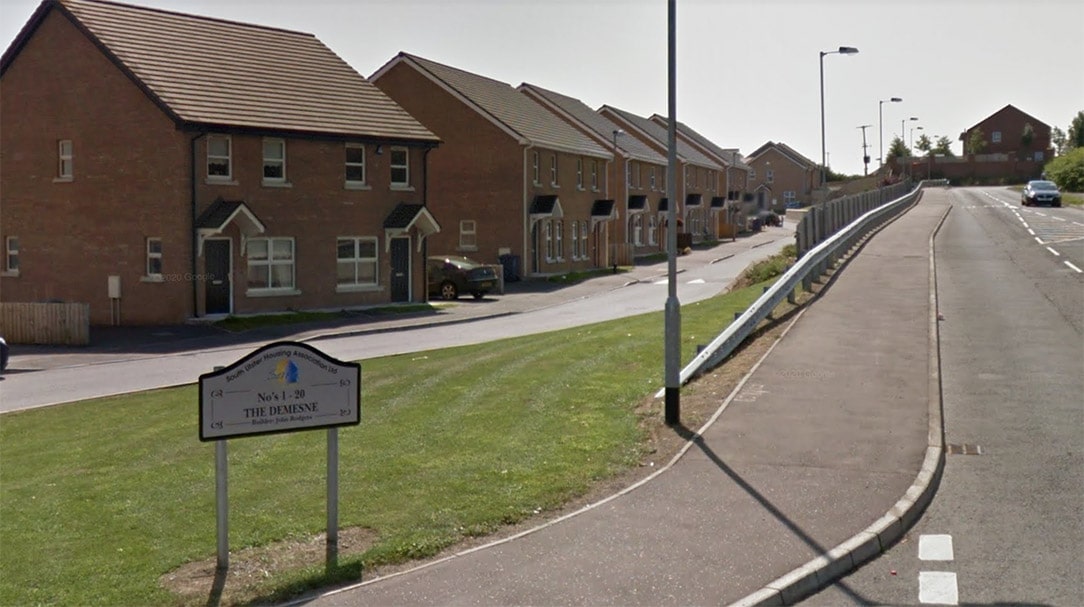 A neighbour helped extinguish a fire at the front of a house in Newry after a petrol bomb and paint bomb were thrown at the property in the early hours of this morning (Wednesday).

Detectives are appealing for information following the incident which occurred in the Demense area – off the Carnagat Road – of the city at around 2.35am.

Detective Inspector Johnston said: “A neighbour in the area heard smashing noises and was alerted to the incident. The neighbour was also able to put out a small fire that had started at the front of the property.

“Scorch damage was caused to the front porch, however, thankfully there were no injuries reported following this terrifying and reckless incident for the occupants inside the home.

“Enquiries are continuing and we have information to believe two tall males of slim build who had their hoods up, fled from the scene on foot.

“We would appeal to anyone who witnessed anything suspicious in the area or who has any information, to contact police on 101 quoting reference number 103 of 16/03/22.

Independent Newry City councillor, Gavin Malone, said the “horrific” attack was on a “a quiet and unassuming family” who have lived in the estate since its construction.

“The family,” he said, “were subjected to a potentially life threatening attack which involved a petrol and paint bomb being thrown at their home.

“The shocked family, having contacted me, revealed that they also had a young grandchild staying with them at the time of the attack.

“I directly call upon whoever is responsible for such a despicable deed to desist immediately before there is serious injury or loss of life.”