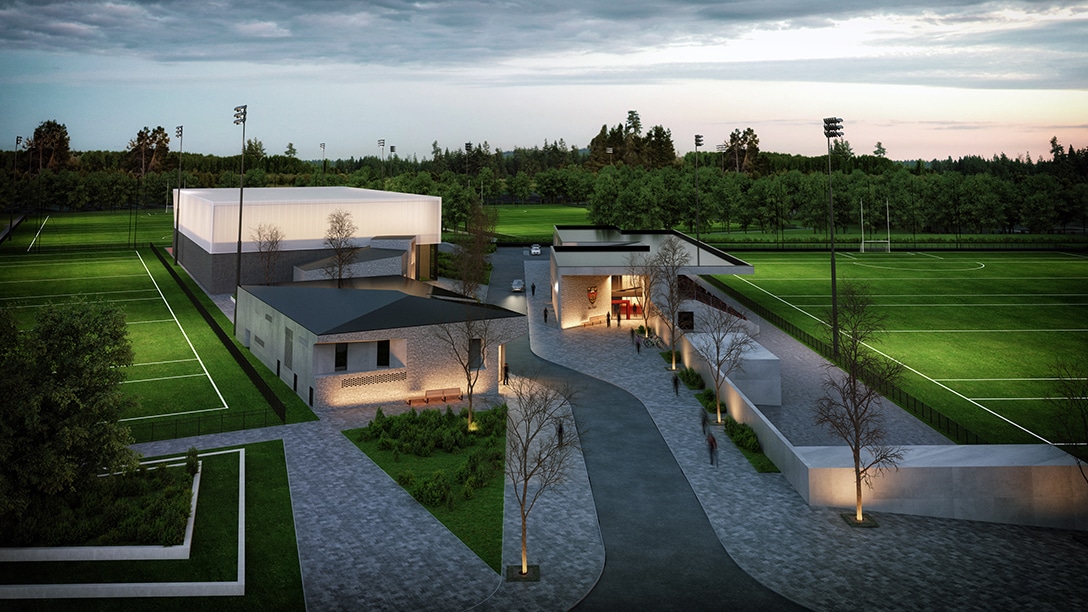 Gaelic games and British army history will be central in a major £10m development of the new Down GAA centre of excellence.

The former army barracks at Ballykinlar, where future Taoiseach Sean Lemass was interned in 1920, will now seek ‘Levelling Up’ cash from the British Treasury as a pivotal funder for the plan.

A special sitting of Newry, Mourne and Down Council was provided with a key note presentation on the GAA sports facility and museum of shared history from the advisory board of the project on Monday.

Down County secretary, Sean Og McAteer also highlighted the project’s aim to be cross community throughout with associated Irish history being recognised as well as events marking the history of the British army for example at the battle of the Somme.

“These plans have been fully endorsed by all and they will now give us (Down GAA) a home,” said Mr McAteer.

“Ballykinlar has a historical significance that will be enshrined at a national and regional level.

“We will have a full shared history, it will be huge for people to reflect.”

The high-spec project will now focus on ‘Round 2’ of the UK treasury’s levelling up money with a closing date for applicants this July.

The proposal for the centre of excellence was mooted more than 25 years ago in 1994 with the Ministry of Defence (MoD), though it was felt that the political climate was not right.

The plans, which were picked up again in 2017, were approved last year by NMDDC and will witness the 32acre Ballykinlar site establish itself as one of the leading sports training facilities of its kind in Ireland.

Support of councillors from both Down and south Armagh was sought as the application for levelling up looks set to secure agreement for a co-bid from NMDDC and Down GAA. The council had recently agreed to surrender its lease of the lands apart from Ballykinlar cross community pre-school.

The centre, as well as facilitating all GAA games will also provide a MUGA (Multi Use Games Area) and a walking periphery around the pitches.

NMDDC chairperson, Cathy Mason (SF) labelled the centre of excellence as a game changer and praised those behind the ambitious prospectus.

Derry’s 1993 All Ireland GAA winner and dual star, Colm McGurk is the architect drawing up the development of the four flood pitch site that will also incorporate a museum dedicated to cross community education and remembrance.

The timetable for completion would factor in a 16-month construction once the first sod is turned following an earlier procurement stage.

The advisory board, which has steered the development has been lauded for its cross community membership with a unionist, a former UK cabinet minister, academia and the GAA.

Board member, Fergal McCormack who is managing director of PKF-FPM accountants, has leaned on the need to expedite the plans with interest from all over Ireland, London and Australia.

The Warrenpoint man also suggested that the former Irish president, Mary McAleese could be recognised at the facility as a highly regarded Co Down woman who reached highest office in the land.

“The people of Ballykinlar were so glad of the opportunity to speak on this.

“We will keep total community involvement all the way…engaging and updating.

“This will not go ahead without the support from NMDDC.

“We are now about to enter a very important phase in the next few months.

“I’d ask the council to form a working group or task force, we need to start flagging things up very quickly,” added the board member.

Follow a query from councillors, it was revealed that most of the Department of Infrastructure (DfI) issues had been dealt with successfully with an update to the Tyrella junction the next phase as well as a public path to the beach being secured.

With full approval from the centre of excellence awaiting only the cash flow, CEO of Tourism NI, John McGrillen speaking from a tourism meeting at the Slieve Donard Hotel urged the council to “grab this with both hands”.