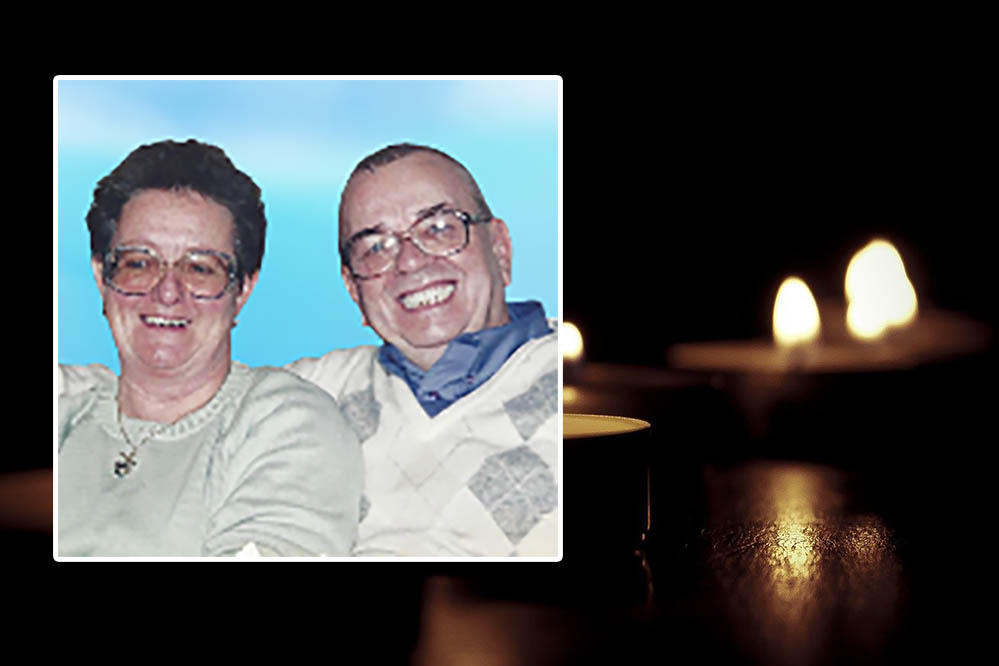 The funeral will take place on Monday of a Newry couple who passed away on the same day after 62 years of marriage.

Peter and Patsy McAteer, who lived at Drumgullion Avenue, died on Thursday within hours of one another.

Patsy passed away in Craigavon Area Hospital, with her family by her side, while husband Peter died later that evening, again with his family there with him.

The couple – parents to Ciaran, Colette, Brian, Bronagh and the late Eithne – were widely respected in their local community.

Grandson Kevin McAteer, a former independent councillor for Newry, led tributes on social media and said he was “absolutely gutted” to lose both grandparents.

“Sixty-two years married and they both pass on the same day. How sweet is it that Granda Peter passed only a few short hours after his wife? The old romantic.

“They couldn’t live without each other in this life or the next.

“Granda Peter and Nanny Patsy raised us. Patsy was like a mummy and nanny rolled in one. Granda was a gentleman and one of the nicest men you will ever meet. They will be missed. Love you both very much.”

Patsy’s brother, Seamus Ruddy, was one of the so-called ‘Disappeared’, and she had campaigned relentlessly over the years, along with her siblings and the other Families of the Disappeared, to have his remains found and returned to his family for burial.

He had been abducted in 1985 by the INLA and it would be over 30 years – in May 2017 – before his remains were recovered in a forest, near Rouen in France, before being repatriated.

WAVE Trauma Centre, which has supported the work of the families and helped them through the agonising process, responded to confirmation of the passing of Patsy and Peter as “such sad news”.

“Our thoughts and prayers are with Patsy and Peter’s children, their partners and grandchildren and Patsy’s sisters and brothers, Ann, Molly and Gertie, Kieran and Terry and the wide family circle,” they shared via social media.

“Such a loss for one family to bear.

“Patsy was full of life. She loved colour, she was creative and she was full of craic. She campaigned endlessly for the return of Seamus. She accompanied her sister Ann to meetings near and far.

“She rejoiced when Seamus was returned home. Her work was then done. Everyone loved Patsy in WAVE’s Newry drop in. We will all miss her.

“May she and Peter rest in peace.”

Lisdrumgullion Community Group – where the couple had lived for many years and been held in such high regard – also offered condolences to the heartbroken family.

“The married couple of 62 years were respected members of our community and will be sorely missed,” they said.

Patsy and Peter’s remains have been reposing at their late residence this weekend, Saturday and Sunday, from 2pm until 7.30pm each day.

And tomorrow (Monday), Requiem Mass for the couple will be celebrated in St Catherine’s Church at 1pm, after which they will be laid to rest at Monkshill Cemetery.

Due to current regulations numbers in the church will be restricted to family and close friends only, but anyone wishing to view the Funeral Mass can do so online.

Family flowers only have been requested, but donations are being directed to support the work of WAVE or the Respiratory Ward at Daisy Hill Hospital, accepted via the family or Paul McEvoy Funeral Directors, 80, Canal Street, Newry, BT35 6DX.

To Patsy and Peter’s sons and daughters, partners, grandchildren, siblings and the entire family circle we wuold offer our heartfelt condolences at this very sad time. May they Rest in Peace.