Cat trapped in snare found hanging from fence in Newry 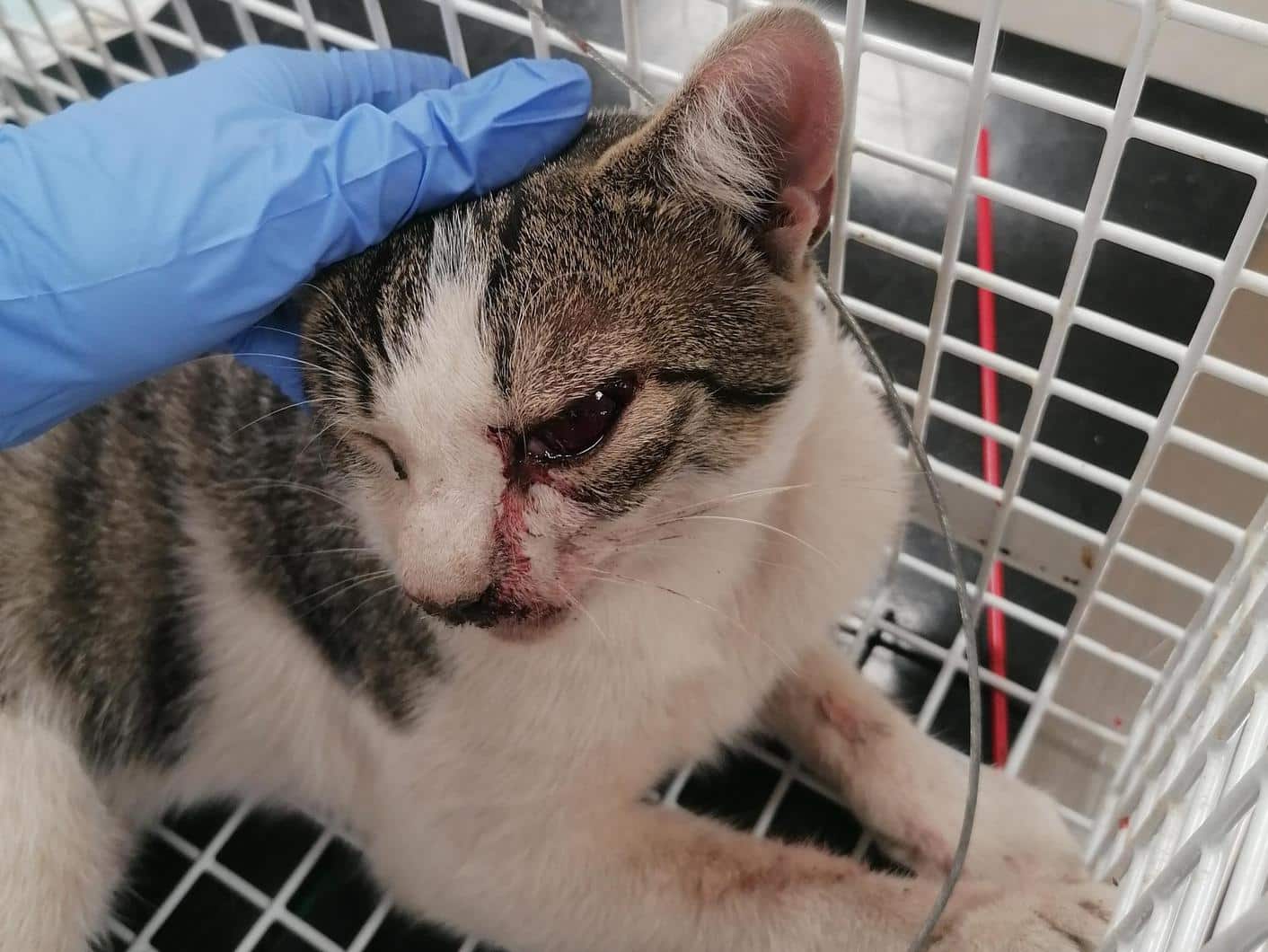 A cat was discovered trapped in a snare by two members of the public in Newry.

The helpless and defenceless male cat and had been hanging by its back legs from a fence, with the snare caught around its abdomen.

The USPCA, is appealing for information following the discovery in the Barcroft Park area of the city, last Saturday, August 13.

The cat was immediately brought to the USPCA veterinary team who had to use bolt cutters to remove the wire snare, followed by treatment for its injuries.

The cat suffered a severe injury to its eye, most likely caused by its struggle and stress in trying to free itself.

Brendan Mullan, USPCA Chief Executive, said, “This is a very distressing case for a member of the public to come across, and not one that we have seen often here at the USPCA. We don’t know how long the cat was caught in that horrible position, but the level of stress and suffering is unimaginable.

“Our team did a great job in providing treatment and comfort to the cat and have been monitoring its condition throughout the week. Thankfully following the removal of the snare and the provision of pain relief, he seems to be showing great signs of improvement. Unfortunately, he has seriously damaged his eye which may need to be removed.

“We’re very grateful to the members of the public who rescued him from such a terrible situation – thankfully he’s now safe and making a strong recovery. We believe that this cat does have an owner as, despite his ordeal, he is very friendly – we hope that through the help of the public we can reunite him with his owners,” added Brendan.

Free running snares are legal in Northern Ireland and are primarily used for ‘wildlife management’, targeting the likes of rabbits and foxes. Under the Snares Order (Northern Ireland) 2015, a snare must be checked at least once a day and must not be set ‘in a place or in such manner where an animal caught by the snare is likely to – (a)become fully or partially suspended, or (b) drown’.

Brendan said, “This is a very unusual place for a snare to be set and it is unknown to us if the cat was caught elsewhere and had tried to jump the fence however it is undeniable that the use of any snare like this is inhumane and causes suffering.

“The USPCA recognises the necessity of capturing animals on a limited scale for a variety of reasons, however the only acceptable means of doing so is through the use of live traps, and only when the trap is capable of restraining an animal without causing pain or injury and is visited at least every 12 hours. In our view, there is no body-grip trap which does not cause unacceptable suffering.

“If anyone has any information in relation to this incident, we urge them to report this to the PSNI or to speak to a member of our team on 028 3025 1000.”