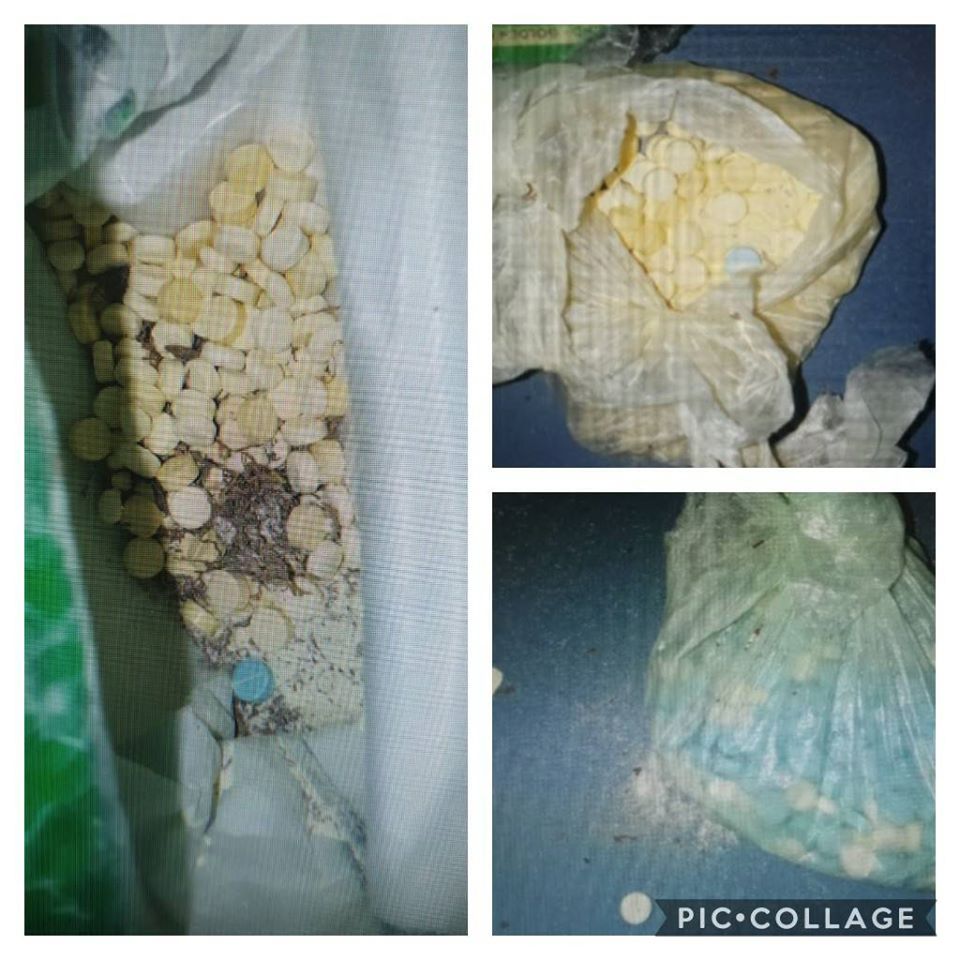 A man spat at police officers and told them he had Covid-19 after they were called to deal with an incident on a bus.

The PSNI in Newry received a report of two rowdy passengers on a bus in the city yesterday (Thursday) and responded.

When they arrived, they detained a man on suspicion of drugs offences following the discovery of a package containing pills (main image) and criminal damage.

He was also arrested for attempted grievous bodily harm after he spat at offices and told them he had Covid-19.

The man has now been released on bail.