'With a large generator and an oil tank only yards away, this could have been nothing short of a disaster' 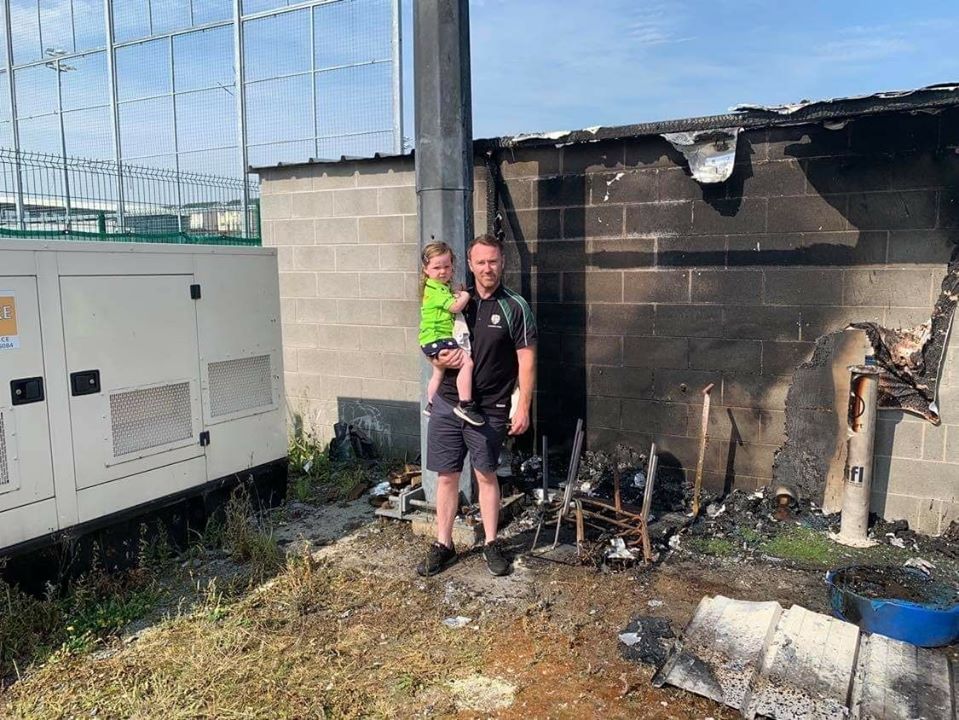 A fire at a football club has been described as a “completely reckless act that could have caused major damage”.

And Independent councillor Mark Gibbons, who visited the scene, has hit out at those responsible.

He said: “With a large generator and an oil tank only yards away, this could have been nothing short of a disaster.

“I would ask anyone who might have any information that could help the investigation to please contact PSNI 101 and report immediately.

“This hard working club is going through enough at the moment without having to deal with acts of madness like this.”

“Some people have nothing better to be doing than try and burn down our club,” said a spokesperson for Warrenpoint Town FC Fan Zone.

“A crowd of youths were seen in the area and only thanks to a local neighbour for hearing the commotion and reported it, managed to save this from catastrophic damage.

“This fire was started beside our generator and was very very lucky to come away with this bit of damage.

“These clowns have no place in our town never mind our football club; let’s hope we find out who they are sooner rather than later.

“An absolute disgrace is what they are complete thugs.”