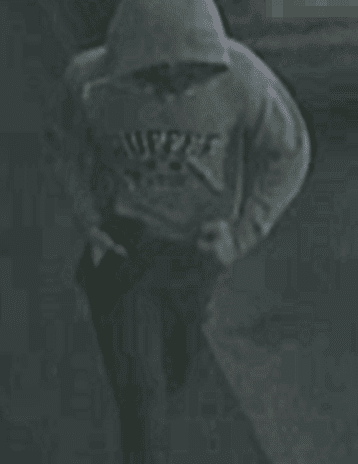 Detectives are appealing for witnesses following an armed robbery of a shop in the Corn Market area of Newry yesterday (Friday) afternoon.

It was reported that shortly before 3pm a man, carrying a suspected firearm, entered the premises and demanded staff hand over money.

The man made off with a sum of cash from the till. He is described as being aged in his late 20’s or early 30’s, approximately 5’7” or 5’8” tall, of athletic build, with dark thin well groomed eyebrows.

He was wearing a ‘very distinctive’ grey hooded top with the word ‘Duffer’ on the front, black trousers and navy and white trainers.  He was carrying a black coloured fold away carrier bag.

Detectives from PSNI Reactive and Organised Crime are keen for the community to focus on the distinctive ‘Duffer’ grey hooded top and any person who fits the description and owns or has access to such a distinctive top.

Detectives appeal for anyone who witnesses the incident or anyone with information that can assist the investigation to contact Detectives in Newry on 101.