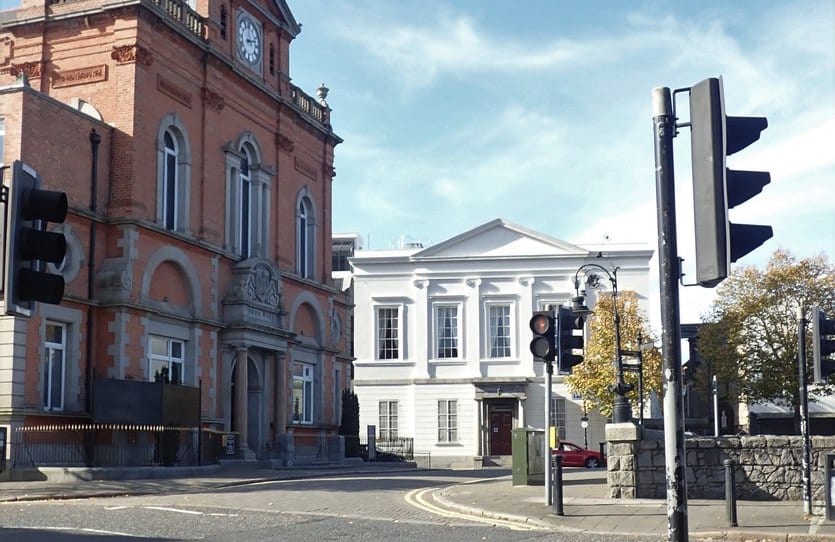 Angry DUP members have stormed out of a council meeting in “protest” during a debate on inviting the Taoiseach to Newry.

A notice of motion was brought forward by Cllr Gary Stokes (SDLP) to invite Irish premier Micheál Martin, due to EU funding being spent in the district, which was then discussed in the chambers on Monday night.

Earlier during the same meeting, Cllr Alan Lewis (DUP) had put forward his own notice to request funding for public celebrations for the coronation of King Charles III.

This matter was sent to the good relations committee by council chairman, Michael Savage (SDLP) to be considered and not given time for discussion at the full council meeting.

Disorder in the chambers grew as it was suggested there was a potential that Sinn Fein’s Mary Lou McDonald could be Taoiseach by the time an invitation was made, with the SDLP promoting the motion “no matter who it is”.

Mournes DUP councillor, Glyn Hanna said: “I will not be voting for or against this, I will be abstaining due to the inconsistency shown here tonight at the council and in protest we will be leaving the chambers.

“Cllr Alan Lewis proposed a motion earlier tonight and it was sent to good relations and so should this.”

Fellow unionist, Cllr David Taylor, also alluded to his suspicions on the motion.

He said: “I will not be supporting this tonight.

“There has been no real detail given and I am not sure of the purpose of this or why it is being done.

“The UK government spends a lot of money here and there are no invites being made, it feels like there is a bit of politics at play.”

The council chairman clarified his position after all DUP members became unresponsive at the hybrid meeting.

Cllr Savage said: “These two motions are not akin, they are two different matters.

“One is about costings and the other is just an invitation.

“I can’t understand the DUP’s rationale on this.

“As chairman I seek legal guidance from officials and I make the decisions where motions go.”

The motion with support from Sinn Fein was carried by 29 votes for and one against.