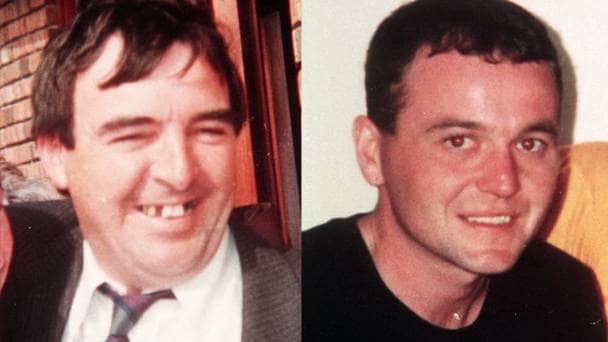 A 57-year-old man arrested in southern England yesterday (Wednesday) by police investigating three murders in Northern Ireland in 1994 has tonight been released pending a report to the Public Prosecution Service.

PSNI detectives made the arrest at Milton as part of the investigation into the Belfast murders of Co Armagh builders Gary Convie and Eamon Fox in May 1994, and for the murder of Sean McParland in February the same year.

Fifty-five-year-year old Mr McParland was shot in Skegoniel Avenue in north Belfast on 17 February while babysitting. He died a week later.

Gary Convie (24) and Eamon Fox (44) were sitting in their car at a building site in North Queen Street on 17 May 1994 when a gunman opened fire with a submachine gun.

The suspect was arrested in the Newport Pagnell area with assistance from Thames Valley Police and was being questioned at a police station in southern England.

The arrest came as part of Operation Stafford, an investigation into a series of murders and other serious crimes by the UVF in north Belfast.