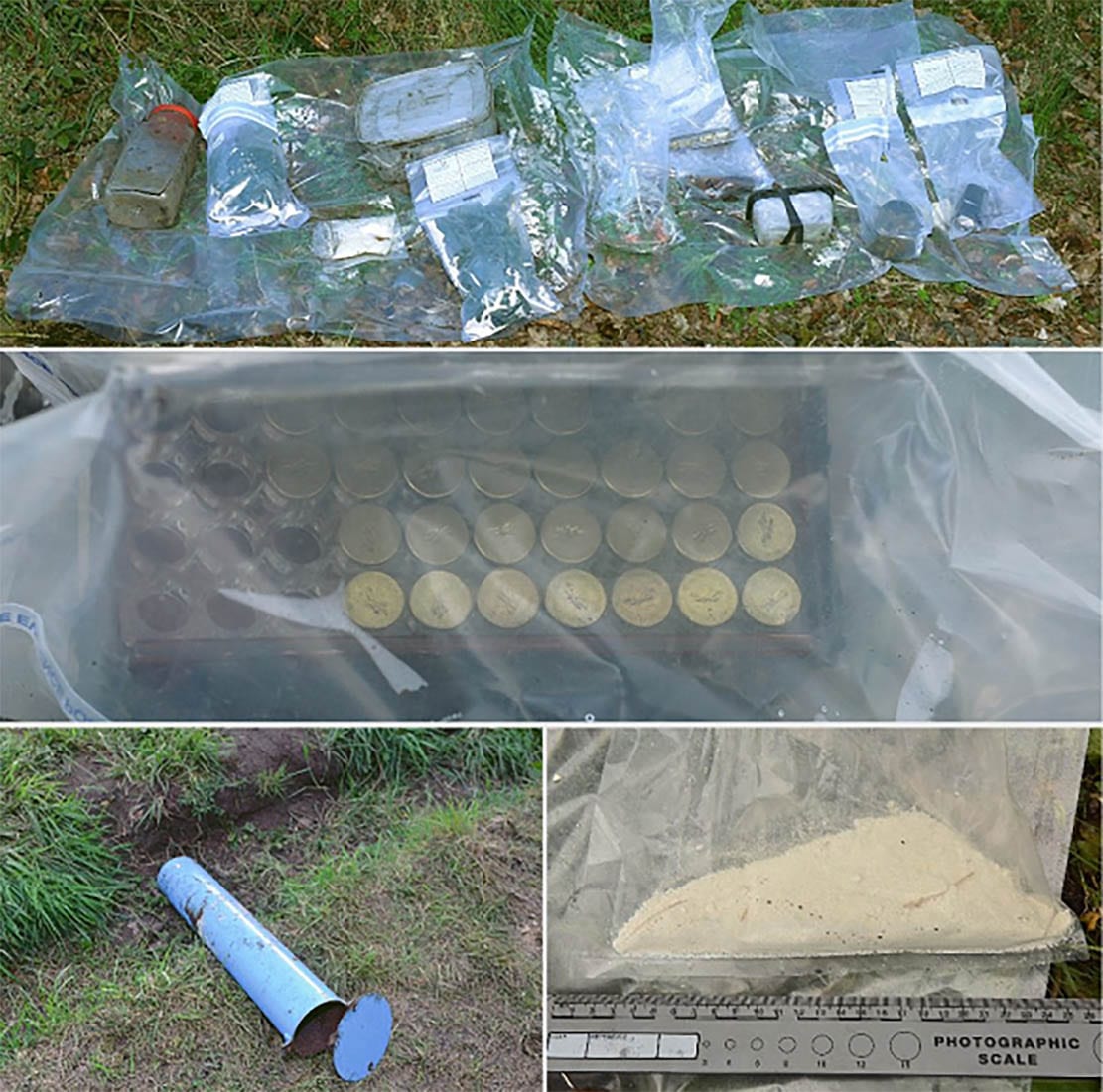 Detectives from the PSNI’s Terrorism Investigation Unit have recovered significant quantities of weapons and ammunitions during a major search operation over the last 12 days.

Officers conducted 13 searches involving land and properties in Lurgan and Benburb from Sunday, April 29 until Friday May 11.

Detective Superintendent John McVea, from the Terrorism Investigation Unit, said: “Since Sunday, April 29 detectives have carried out a total of 13 searches – eight of these were in houses, two at derelict properties, one at the derelict site of St Michael’s High School in Lurgan and its surrounding grounds, open ground in Kilwilkie Estate and in seven fields and hedgerows near St Coleman’s Cemetery in Lurgan.

“These are all designed to do one thing – to murder. Many of these highly dangerous items were found in locations where members of the public could easily have come across them.

“This demonstrates the sheer recklessness and absolute lack of concern these terrorists have about harming people living in these communities.

“I believe ANP are responsible for the items discovered during a search of a property in the Carrickaness Road in Benburb on Thursday, May 3, including a quantity of explosives, and items suspected of being used to make bombs. And I believe the items recovered during the remainder of the searches belong to the Continuity IRA.”

Detective Superintendent McVea added: “I am sickened that the search on Tuesday (May 8) uncovered a pipe bomb left right beside a nursery school and a community centre in the Tarry Drive area.

“Who in their right mind would put the lives of young children at risk? I do not know how long it has been lying there so the reality is that parents have been walking past this twice a day while taking their children to and from nursery.

“And members of the public attending various activities at the community centre have all been placed at huge risk also. If it had detonated, it would almost certainly have killed or at the very least caused serious injury.

“The pipe bomb is old and rusty, but viable, which makes the device more volatile meaning it could explode at any time.

“This clearly shows how reckless these terrorists are – they do not care if they harm people living in their own communities. In their pursuit to store weapons and devices to kill police officers and those working in the security sectors, they have no concern who or what they damage along the way.

“I would like to thank the communities of Lurgan and Benburb for their patience during the searches and especially those who helped care for some of society’s most vulnerable people when the device was discovered in the Tarry Drive area. They definitely deserve an apology and explanation from those who recklessly left this device in the heart of this community.

“However, I am pleased and relieved that this 12 day long operation has removed a significant amount of dangerous items from this small group of violent individuals and eliminated the risk of members of the community stumbling across them and coming to harm.

“The searches also send a clear message to those involved in terrorism that we will continue to disrupt their heinous activities so that our communities can live in peace and without fear. They do not want you in their midst putting their lives and those of their children at risk.

“We will carry on working with the local community to take these shameful people off our streets and keep people safe. These recent events have shown how great results can be achieved when police and the community work together.

“I would appeal for anyone with information about any suspicious activity or about any of the items we have found over the last few weeks to get in contact with police on 101. Alternatively information can also be provided to the independent charity Crimestoppers on 0800 555 111 which is 100% anonymous and gives people the power to speak up and stop crime.”

A timeline of events:

During searches of properties in the Lurgan area at the end of April and between May 3-8, Detectives from the Terrorism Investigation Unit seized a number of guns and a significant quantity of bomb-making related material.

Searches were conducted at eight houses and two derelict properties, including a former school. Searches were also carried out in the Kilwilkie estate and in fields close to a cemetery in Lurgan.

On Sunday, April 29, during a search close to the railway track, bomb-making material and ammunition were found.

During a search of a property in the Carrickaness Road in Benburb on Thursday, May 3, Detectives seized a quantity of explosives. A number of items suspected of being used to make bombs was also seized, including fertiliser.

Items found in fields on Saturday, May 5 included a pipe bomb, a suspected mortar tube and five guns, including two shot guns and three small handguns. The components of a possible/suspected mortar device were also found.

On Tuesday, May 8, homes in the Victoria Gardens, Pier Rampart, Lurgan Tarry and Tarry Lane areas were searches. Detectives seized a pipe bomb and a substantial amount of bomb making material were seized. Electronic devices were also seized.