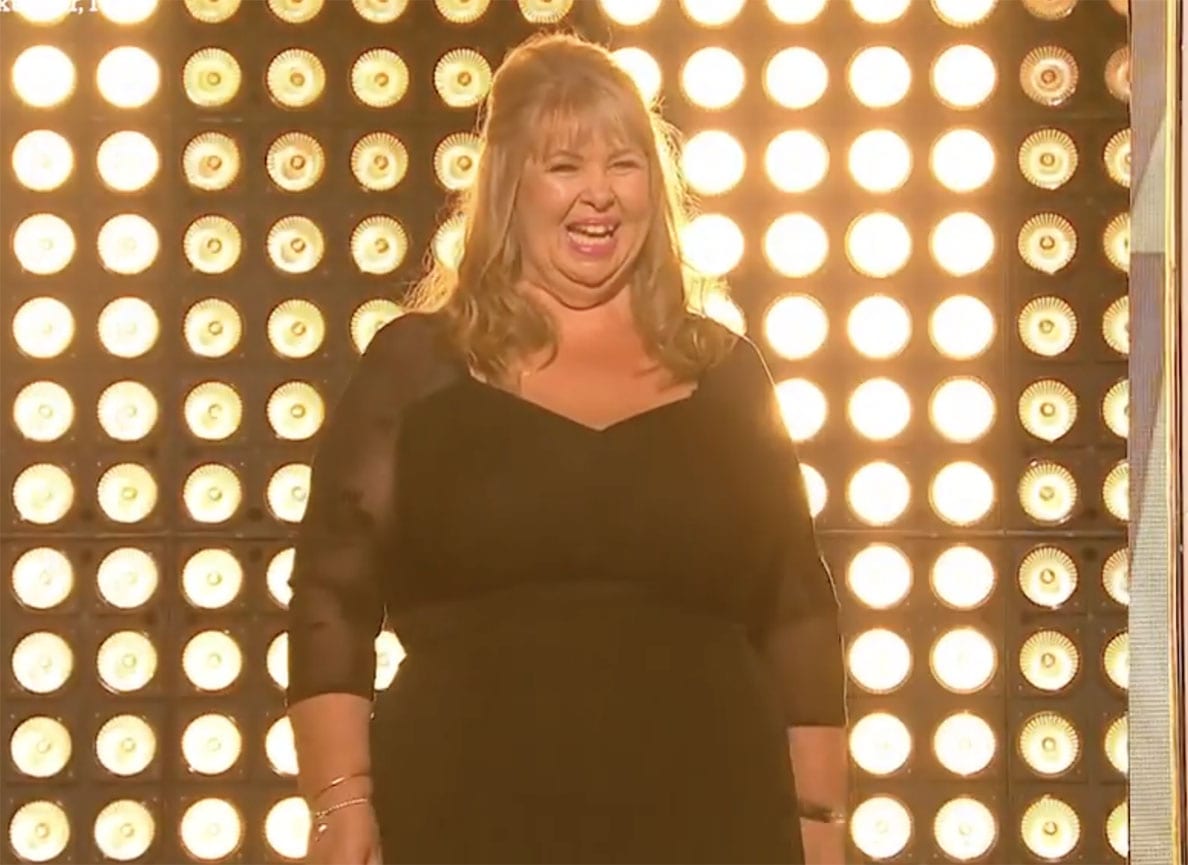 Of course she did! Co Armagh’s Tracey Geddis left viewers stunned – and some in tears – as she revealed a new look her on ITV’s This Time Next Year.

The Lurgan nurse practitioner transformed herself over the past 12 months, losing an astonishing 10 stone.

The show, which is hosted by Davina McCall, is known for inspiring audiences to chase their goals and last night’s episode was certainly no different.

As Tracey walked back through those doors, the difference was remarkable, as she beamed in front of an amazed studio audience who gave her a standing ovation.

Donning a black midi dress and pink heels, the 50-year-old revealed to Davina, that she had in fact lost a total of 10 and a half stone.

While admitting it was “a struggle”, Tracey said she “looked like a different person a year ago” and shared a word of positivity to viewers at home after discussing how she used to “self loathe”.

She said: “It’s not the weight you lost, It’s the life you’ve gained, no holding back.”

Tracey, now living in Stoke-on-Trent, says she has plans to marry her partner Jason in 2020 – 17 years after meeting in Lurgan Hospital, where she worked at the time.

Watching this time next year . Plz someone get me that boxes of tissues. Total respect to each and everyone on the show .