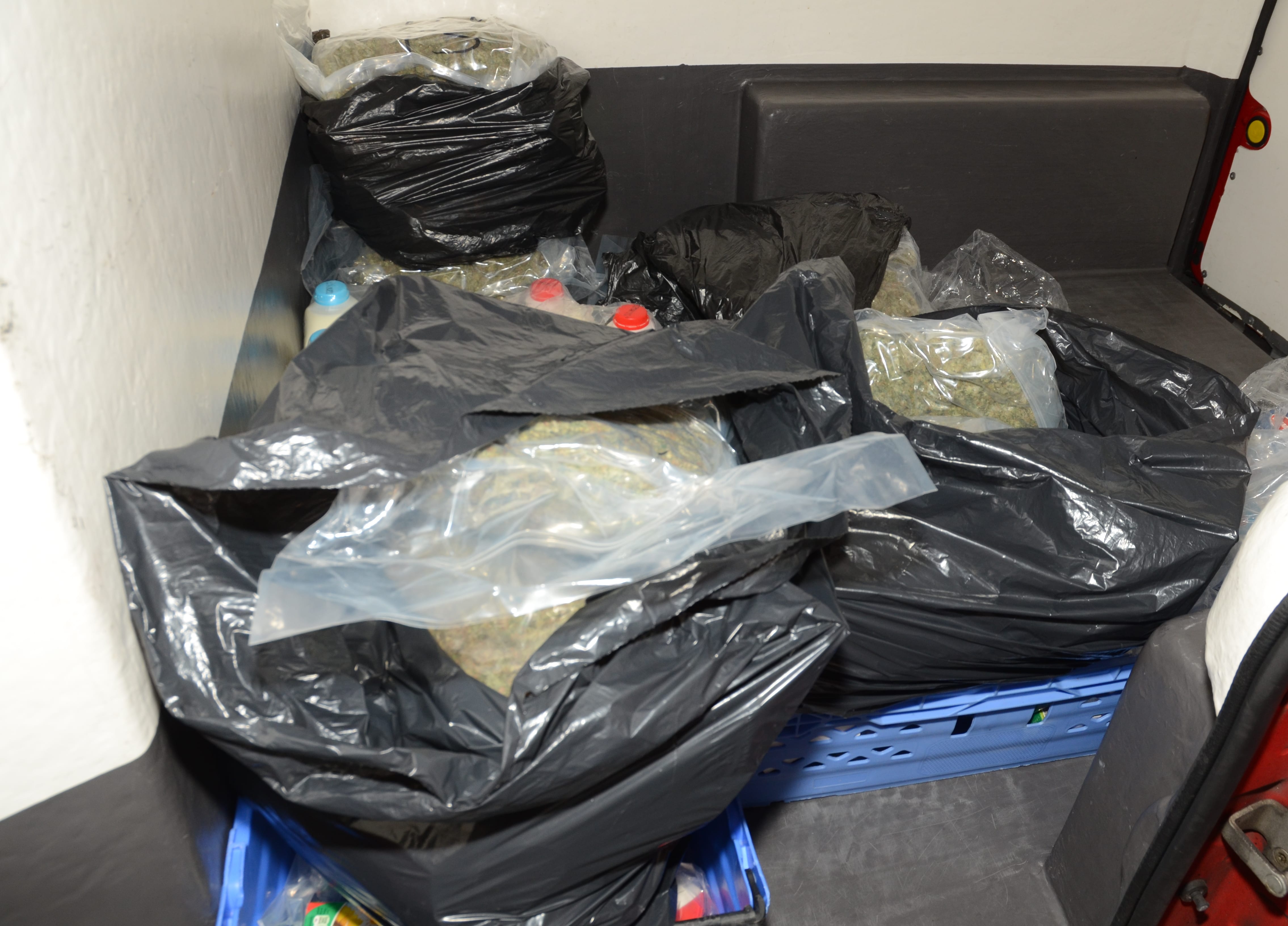 Detectives from Reactive and Organised Crime Branch, working in partnership with officers from An Garda Siochana, have arrested three men and seized suspected herbal cannabis with an estimated street value of £300,000.

The arrests were made, and the drugs seized, following the search of a number of vehicles in the Derrymacash Road area of Lurgan yesterday (Friday) afternoon.

The men aged, 32, 36 and 59, have been arrested on suspicion of a number of drugs offences and are currently in custody assisting police with their enquiries.

Commenting on the seizures Detective Inspector Tom McClure from Reactive and Organised Crime Branch said: “This joint proactive operation by PSNI and An Garda Siochana, investigating the activities of an organised crime gang, has taken a substantial amount of drugs out of circulation and reduced the harm they cause to communities.

“We are aware of the threat posed by illegal drugs and are determined to use every opportunity to take controlled drugs off the streets and to bring anyone involved in their sale, supply or distribution before the courts.

“I would appeal to anyone who has any concerns or information about illegal drugs to contact their local Police on the non-emergency number 101. Or, if someone would prefer to provide information without giving their details they can contact the independent charity Crimestoppers and speak to them anonymously on 0800 555 111.”