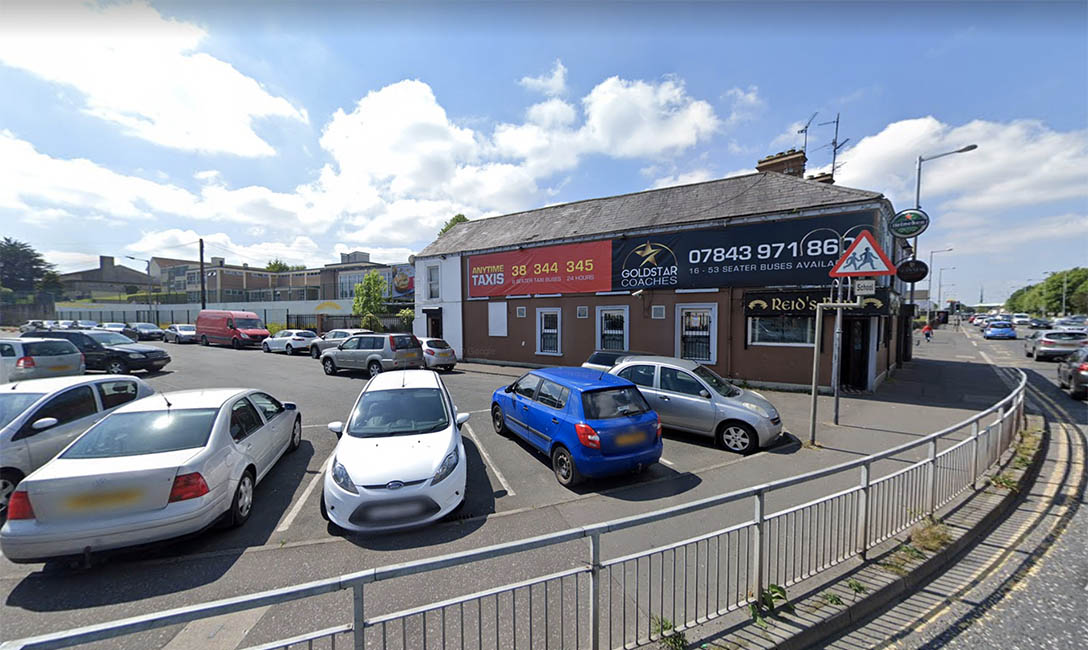 Three apartment blocks – complete with a new modern bar and off-licence – could be built in Lurgan town centre at a cost just shy of £2 million, Armagh I can reveal.

The development, at Waring Street and the corner of Edward Street, will go ahead if Armagh City, Banbridge and Craigavon Borough Council gives the plans the big thumbs-up.

An application for the scheme has now been lodged in the name of Cathal O’Rourke.

The three blocks would comprise a total of 18 apartments, along with landscaping.

The development is earmarked for the site at 35-37 Waring Street.

The work would involve the demolition of the existing building on the site, which is described in the application as “public house with outdoor space and green space”.

A design and access statement identifies the property as Reid’s Bar.

The new bar and off-licence would be constructed at the ground floor of the third apartment block, which would be located at the junction of Waring Street and Edward Street.

A small number of jobs are expected to be created when complete, and this is in addition to those which will come about throughout the construction phase of the development, which is estimated by Construction Information Services to cost in the region of £1.9 million.

It adds: “The proposed mixed-use development will rejuvenate the site and the local area by replacing a portion of waste ground, together with demolition of the existing public house, to create high quality modern designed housing and a modern public house.

“An opportunity to provide high quality residential and retail units in this area will rejuvenate the local surroundings.

“The proposed design has taken the existing and surrounding buildings into consideration.”

The access statement says a maintenance contractor will be employed to maintain services within the communal areas of the apartments development such as external security lighting, internal communal lighting, emergency lighting, window cleaning, lift servicing, access and fire alarm systems.

An appointed management company will also be responsible for cleaning both inside and outside, with residents to be billed in the event of “excessive and/or repetitive cleaning requirements”.

The design statement says the apartments and bar and off-licence development will “bring much needed footfall and custom to the local amenities and businesses”.

And, in calling on officials to grant permission, it adds: “This is an exciting opportunity to add to the regeneration of this area.

“The planning history surrounding the site demonstrates an acceptance of taller buildings. Planning permission should be granted for this development as it is of high quality design, inside and out, providing modern contemporary living.”

The application is due to be advertised shortly with a decision expected in due course.