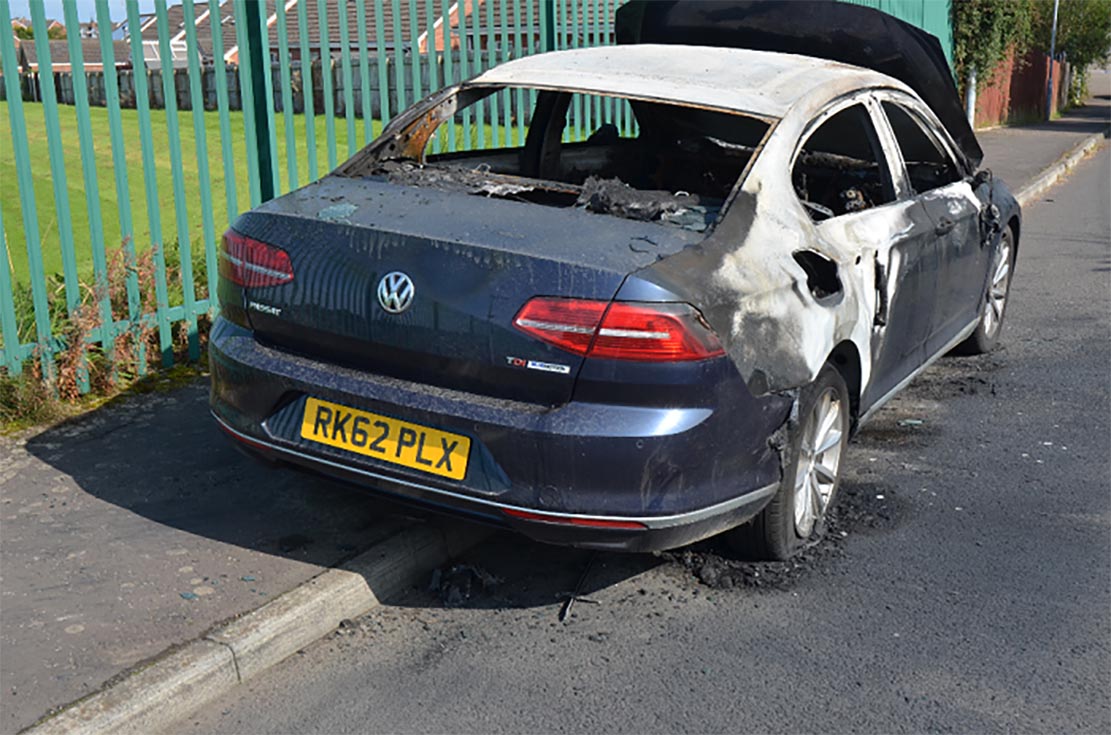 Detectives investigating the murder of 54-year-old Malcolm McKeown in Waringstown last month have today released new images of the car used by the gunman or gunmen.

Detective Chief Inspector Peter Montgomery is appealing to anyone who saw the movements of a dark blue VW Passat, registration RK62 PLX, and the people within it, on the evening of the murder.

He said: “The car was seen at 6.20pm in Cambrai Heights before the shooting. The CCTV shows it travelling on the Dunkirk Road at 6.22pm and then entering Dewarts Garage at 6.23pm.

“I believe the gunmen waited in it at the back of the filling station for around 56 minutes before shooting Malcolm McKeown. The CCTV shows the vehicle leaving Dewarts Garage at 7.19pm.

“His body was found slumped in his parked car at the side of the garage at around 9pm.

“I would like to hear from anyone who saw the car or the people inside the Passat during these times. Were you at the garage or were you driving in the area and have dashcam footage? 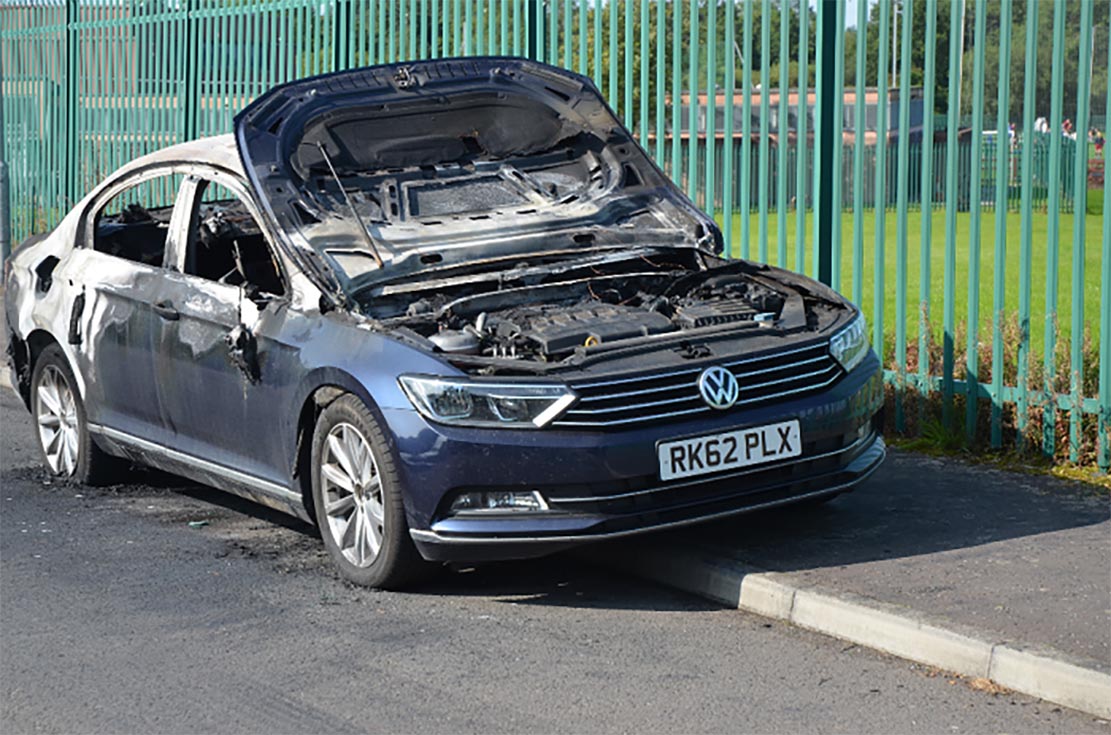 “The car was later found burnt out on the Glenavon Lane in Lurgan at approximately 7.26pm. Did you see the occupants get out of it and set it on fire? If so, do you know where they went? There was football training and trials ongoing nearby so there may be some parents who witnessed the Passat on fire.

“I would also like to hear from anyone who saw Mr McKeown at any stage during Monday in Lurgan or Craigavon.

“This was a chilling murder carried out at close range in broad daylight. Mr McKeown was the father of 3 children and his family deserve to see justice done.

“I am also still interested in a grey Volkswagen Golf S which was seen in the Greenhill Park area of Lurgan between 5pm and 7pm on the Monday evening. Did you see this car? “Anyone with any information can contact detectives on 101. Alternatively, information can be provided to the independent charity Crimestoppers on 0800 555 111, which is 100% anonymous and gives people the power to speak up and stop crime.”