‘No Irish, no gay’ banner removed from motorway bridge 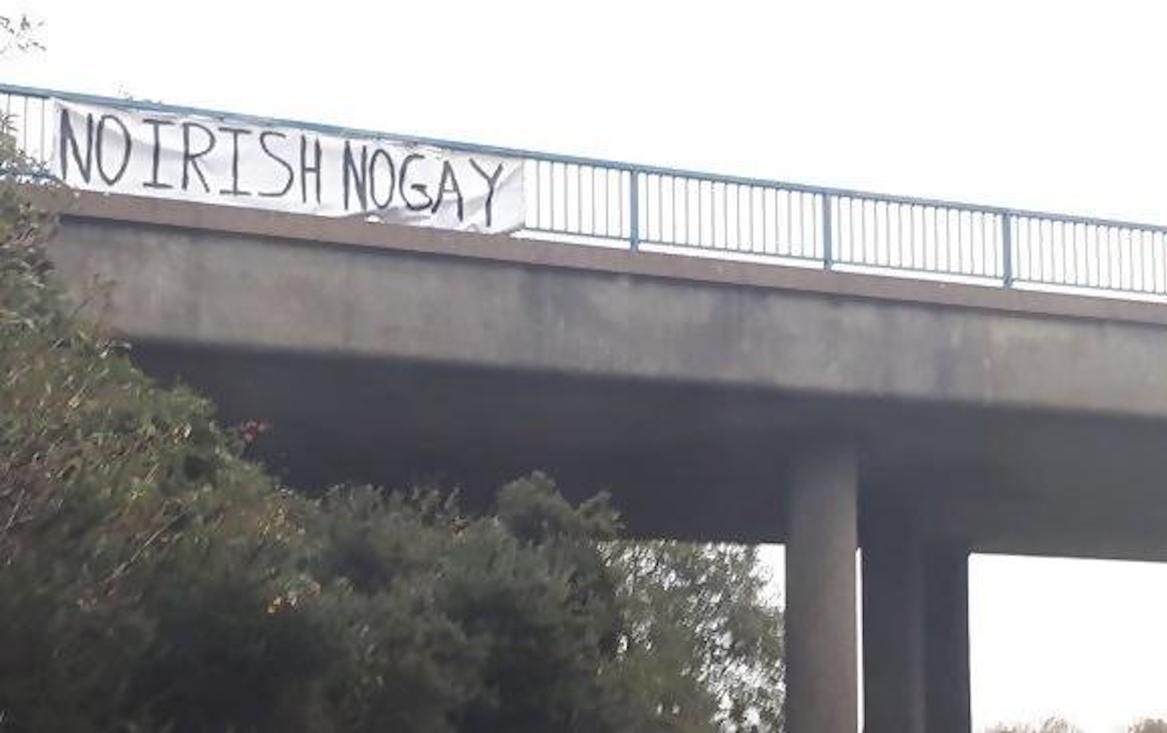 A banner emblazoned with the slogan ‘no Irish, no gay’, which appeared on a motorway bridge near Lurgan, has been removed.

Police, who removed the banner themselves, are now investigating the incident, citing it as a racial and homophobic hate crime.

A PSNI spokeswoman said: “Police received a report of an offensive banner on a bridge over the M1 motorway between junctions nine and 10 on Friday, October 19.

“Officers have removed the banner and the matter is being treated as a hate incident with a racial and homophobic motive.

“Anyone with any information is asked to contact officers at Lurgan on 101.”

Oh dear. Hate mongers at their work again. This anti-Irish, homophobic banner has appeared on the M1 between junction 10 (Oxford Island) and junction 9 (International Airport). I can’t see this taking off tbh. Just not as catchy as: No woman, no cry! pic.twitter.com/eCbulue8hm

Sinn Fein MLA Declan Kearney, who reported the banner to police, blasted the act as “reprehensible”.

“Over the summer the largest, most vibrant, colourful Pride parades took place across Ireland, and thousands of people have also taken to the streets in support of Acht Gaeilge,” he said.

“This sent a clear message that the tide is changing.”

“For too long anti-Irish rhetoric was deemed acceptable across these islands,” he told the Press Association. “These days are long gone and despite the best efforts of some, they aren’t coming back.”