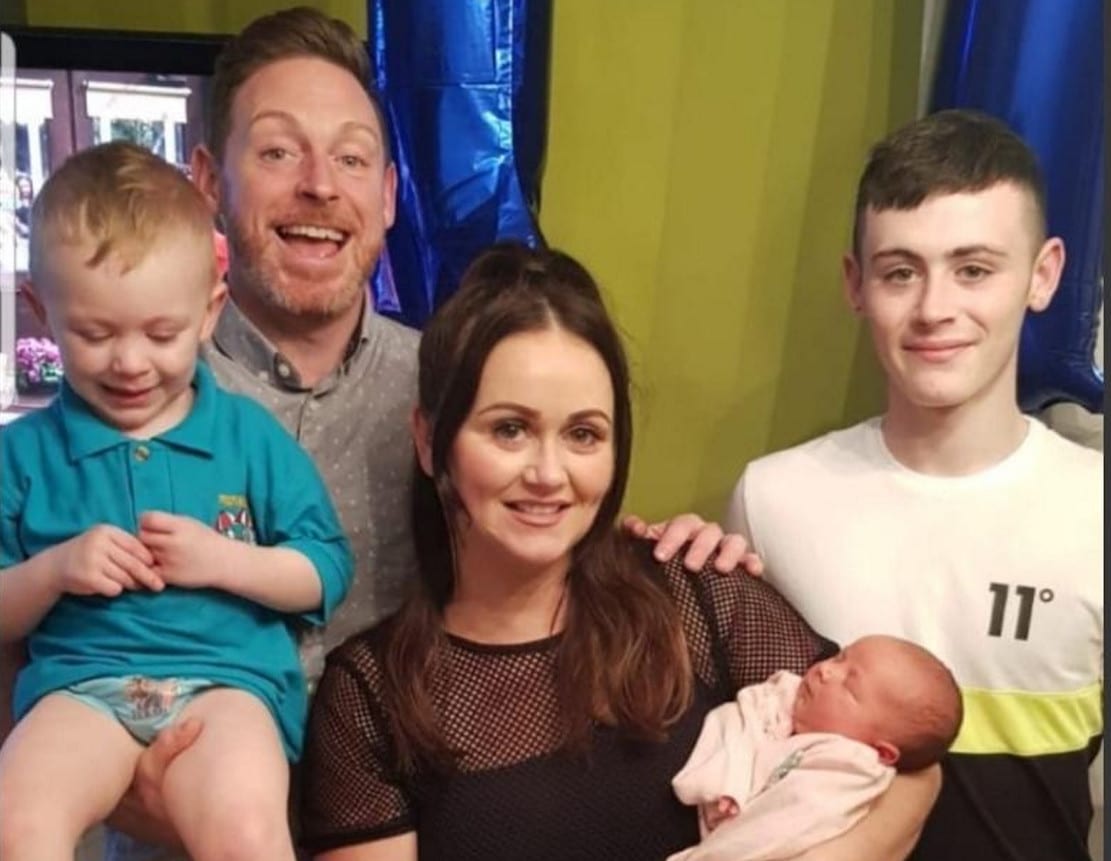 A mum and new-born baby slept upstairs as thieves ransacked her Co Armagh home in the early hours of Sunday morning.

Claire Louise Mooney, slept upstairs with her six-week-old baby Grace and sons, three-year-old Drew and 17-year-old Kenan, as the criminals went about their business downstairs in the family’s Riverglade home in Lurgan.

The thieves made off with £500 of Christmas presents, vouchers from friends following little Grace’s baby shower, a handbag and the family car.

Claire Louise’s husband Joseph was working in England at the time of the incident but flew back immediately when he heard the news.

The dance teacher made an emotional appeal on social media, in a bid to have some of the more sentimental items returned.

“My house was broke into on Sunday early hours,” she explained. “Me and my new-born baby, three-year-old son and 17-year-old were asleep upstairs.

“They stole £500 of Christmas presents; tickets to 80s/90s big disco in the SSE Arena on May 23 (tickets have been cancelled now). So if the thieves sell them they won’t work getting into concert but of course they will make more money.”

“My son Kenan McMahon Mooney’s passport, my car (which was found in Belfast). The boys who stole everything and were found in the car are from Lurgan and Lisburn.

“I know I won’t get the cash back but I have lots of baby photos and sentimental key-rings from my dancers in my bag. Any help getting my bag, keys and passport, I would really appreciate it.”