Motorcyclist taken to hospital following collision with car in Lurgan 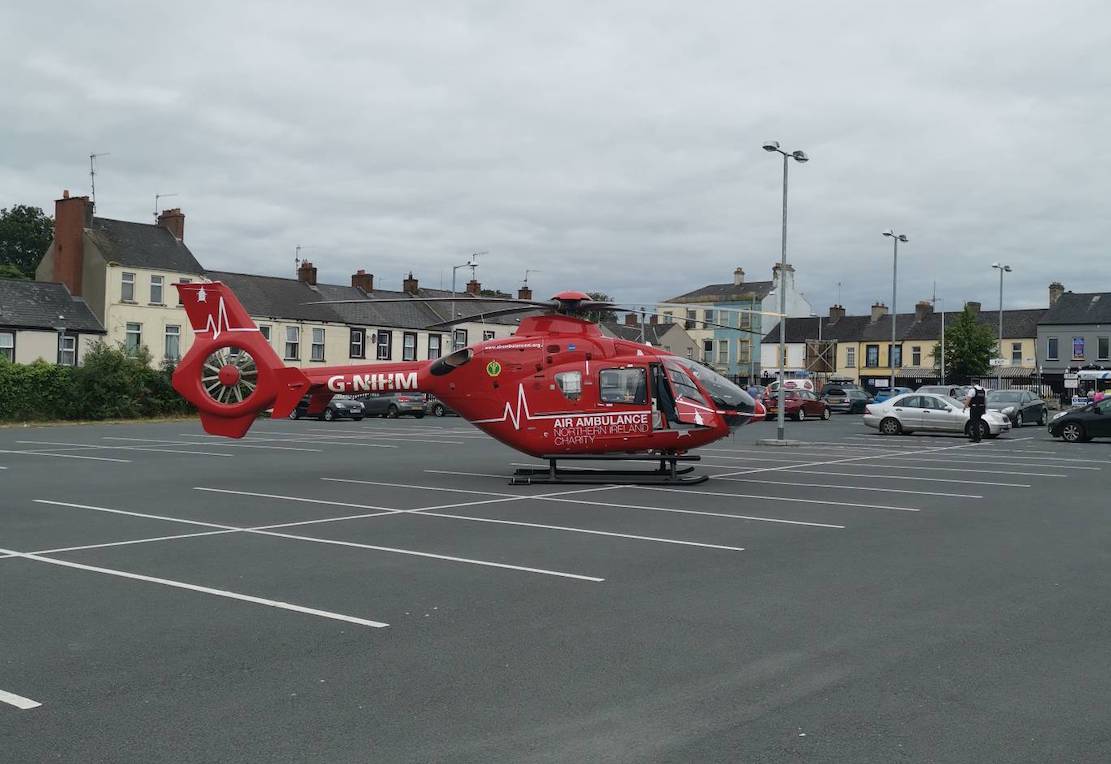 A motorcyclist was taken to hospital following a collision with a car in Lurgan this afternoon.

The incident, which happened around 3pm in the North Street area, saw the Air Ambulance called to the scene.

ABC police confirmed the collision but said the motorcyclist’s injuries were not life threatening.

“Thankfully the ambulance arrived quickly and provided all the necessary care for the motorcyclist,” a PSNI spokesperson said.

“The air ambulance arrived a short time later and the crew went up with the ambulance.

“The injuries not serious enough that he needed to get to the hospital asap in the helicopter.

“Our colleagues in NIAS do an amazing job and it’s great to see the support they get from the air ambulance.

“Nice to see the pilot out having a chat with the locals too and showing us round the helicopter.

“Also have to say thanks to the members of the public who assisted at the scene. We really appreciate your help.”