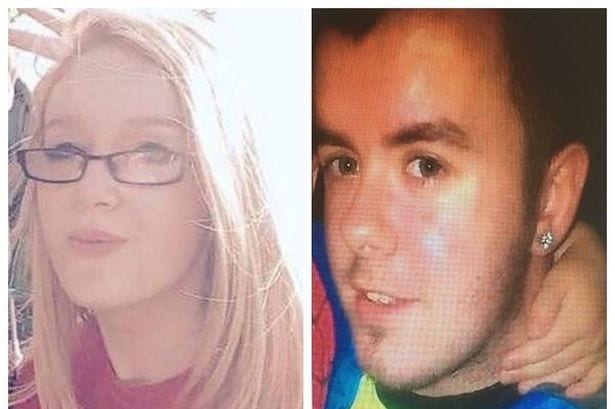 A missing county Armagh has been spotted at Dublin Airport with a missing man at the weekend.

Chelsea McGarry, 17, from Lurgan and Daire McIlroy, 21, have both been missing since Tuesday, March 29.

A PSNI spokeswoman said: “Police in Craigavon are becoming increasingly concerned about the whereabouts of Chelsea McGarry and Daire McIlroy who have been missing since Tuesday, 29 March.

“Chelsea and Daire are believed to be in eachother’s company and were seen in Dublin Airport at the weekend.

“Chelsea is 17 years old, 5ft 2in tall, of slim build with shoulder length blonde hair and blue eyes. When last seen she was wearing a gold, quilted jacket. “Daire is 21 years old, around 5ft 4in tall, of medium build with dark brown hair, green eyes and tattoos on his neck and arm. When last seen he was wearing a navy Adidas tracksuit.

“Police are asking Chelsea and Daire or anyone who knows of their whereabouts to contact them in Craigavon on 101. If you are calling from the Republic of Ireland the number to phone is +44 28 9065 0222.”