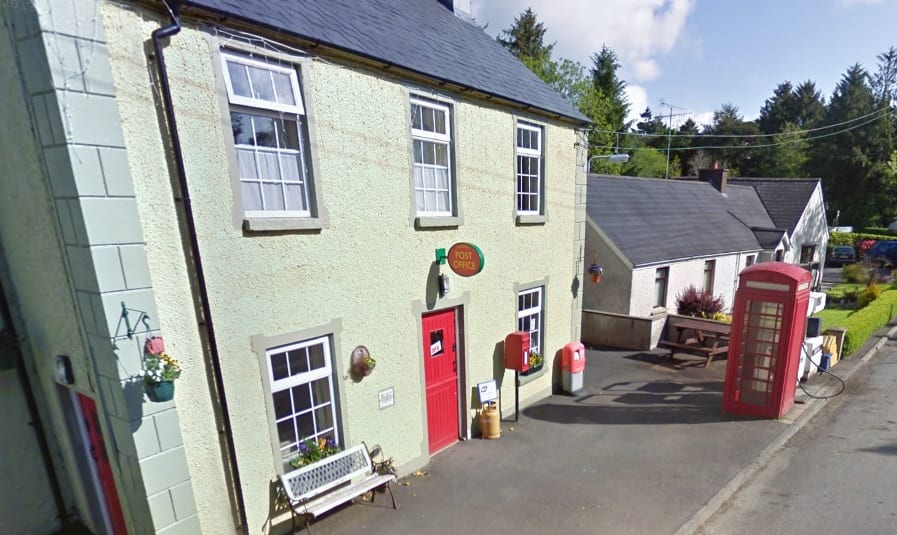 A man accused of robbing a Co. Armagh post office almost five years ago has today (Tuesday) been ordered to stand trial.

Appearing at Armagh Magistrates’ Court, sitting in Lisburn, via videolink from Maghaberry Prison, 41-year-old Owen Maughan confirmed that he was aware of the two charges against him.

Maughan, previously with an address at the travellers camp on the Glen Road in west Belfast but now given as c/o Maghaberry prison, was charged with robbing £4,796 in cash and £615 of postage stamps on July 3, 2015 and possessing a knife with intent to commit robbery.

While the court did not hear any of the surrounding circumstances, it is understood the charges relate to a robbery at Tassagh Post Office at about 10am that day.

Appealing for information at the time, a police spokesperson said the knife wielding robber stole cash before driving off with two other men in a blue Vauxhall Vectra which was later found the car in Birchdale Manor in Lurgan.

The stolen cash was found after the area, including several houses, was searched.

During a short Preliminary Enquiry in court today, a prosecution lawyer submitted the legal papers and statements formed the basis for a case to answer against Maughan, a submission conceded by defence solicitor Paul Dougan.

Maughan was told that he had the right to comment on the charges or to call evidence to the PE, the legal step necessary to refer a case to the more senior Crown Court, but he declined the opportunity.

Returning the case to Newry Crown Court for trial, District Judge Amanda Brady adjourned the case to a date to be fixed.