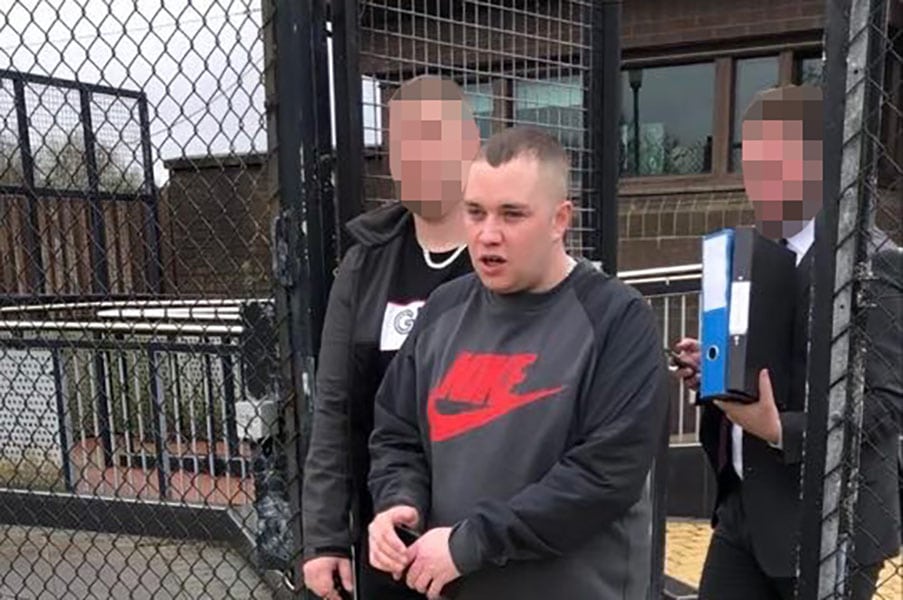 It would be “catastrophic” for an alleged gang killer to be allowed back into Lurgan, a court heard this week.

While the police and PPS agreed to relax some bail conditions on 24-year-old Jake O’Brien, such as allowing him to report to police once a week and extending his curfew, the defence were also asking for him to be allowed into Lurgan to visit his family.

But a police officer said that would be “catastrophic”.

“The exclusion zone was put in place to protect witnesses and the family of the deceased,” said a prosecuting lawyer, who added that O’Brien’s family “can travel from Lurgan to visit him”.

Lurgan men Jake O’Brien and Andrew Martin, both 24 and from Rectory Park and Trasna Way respectively, are on bail jointly accused of the murder of Malcolm McKeown on August 19 last year.

The 54-year-old was shot six times in the head and body as he sat in his car at a filling station in Waringstown.

Previous courts have heard claims from a police officer that Martin and O’Brien, both wearing boiler suits, were captured on CCTV getting out of a VW Golf and into the rear seat of another car at Greenhill Park, which then travelled along the Dunkirk Road before going into the car park at Dewarts garage in Waringstown at 6.22pm.

Almost an hour later, a police officer told an earlier court, McKeown goes into the shop and leaves two minutes later, getting back into his car.

The car allegedly containing Martin sped off the garage forecourt at 7.20pm “after gunshots were heard,” said the detective, who also told the court the vehicle was recovered at Glenavon Lane in Lurgan.

Just over 90 minutes later, Martin was stopped by police and “body worn camera coverage showed boiler suits in the boot of the car”, the court was told.

On Friday at Craigavon Magistrates Court, sitting in Lisburn, defence counsel Michael Forde said given the background circumstances the murder was “related to a gang feud, allegedly….I can understand the police and court’s concerns” in allowing O’Brien back into Lurgan.

While District Judge Amanda Brady said she would vary some of the bail conditions, “the Lurgan application is refused”.

The case was adjourned to July 24.