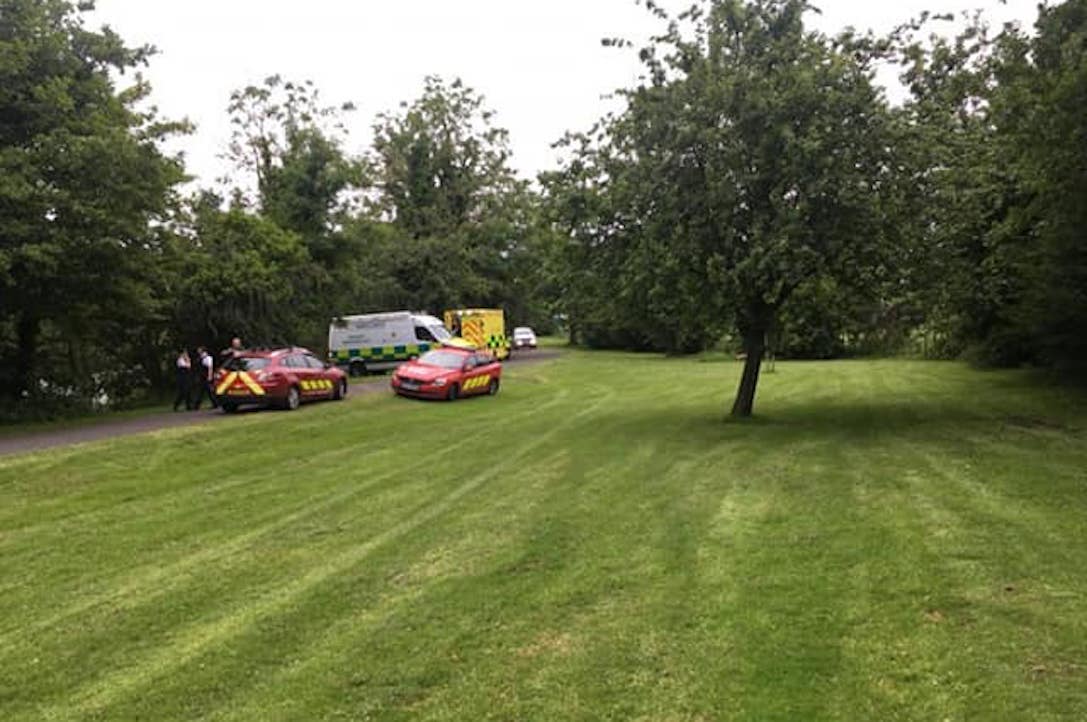 Two firefighters risked their lives to save a drowning man from a Co Armagh lake.

Firefighters Noel White and Rory McIntyre went in into the water at the lake in Lurgan Park on Friday evening after a swimmer had got into difficulties.

The PSNI Craigavon posted on Facebook: “Pigs can’t fly, but after today, we know they can swim…

“Lurgan Neighbourhood Team were out and about in the town today when an urgent call came in about a man in trouble in the lake at Lurgan Park.

“The lights and sirens got the team through in short order, but then the decision came.

“One of this guy’s friends had already tried to rescue him, however with panic setting in, he was being dragged under and had to come back out to avoid drowning himself.

“These are the moments that decision making is critical. Do you risk adding to the casualty tally by going in? Do you put extra pressure on Fire and Rescue Service by giving them more people to get out? Or do you rely on team work and put your own life on the line? Condense that thought process into mere seconds, and the decision was an easy one for two of our lads. Kit off, in they went.

“To give an idea of how far out they went, the 25m throw lines the NIFRS put in to try and help when they arrived didn’t even come close.

“Our guys managed to work together to bring the casualty closer to the shore, where 2 of our NIFRS colleagues also got in to complete the job.

“We talk about team work a lot, but it’s these moments where the rubber really hits the road. Of course, getting the casualty out isn’t the end. Our guys core temperatures had plummeted. Cue NIAS for the finest treatment, a load of foil blankets, and a warm cuppa!

“Sadly, this story isn’t just about heroes and team work. It’s about how reckless and dangerous the mix of alcohol and water is.

“NEVER enter the water if you’ve been drinking. It’s not just your own life on the line, it’s the lives of those who aren’t going to stand by and watch you die.

“Today could have been multiple deaths. Thankfully, it was only two to hospital; the original casualty and one of our brave NIFRS colleagues. We wish them a speedy recovery,” said the PSNI Craigavon. “Our two were sent home for a well earned early shower.”

Sinn Fein councillor for the area Keith Haughian praised the officer’s for their heroic actions.

“A very serious situation arose this evening when a man swam out into the lake at Lurgan Park,” he explained.

“I want to pay tribute to the two community police officers who went out to rescue him. By all accounts this man would likely have drowned if not for their brave actions.

“I want to say thank you to everyone involved for saving this man’s life.”

This story has been updated from an earlier version to highlight the heroics of the two firefighters.