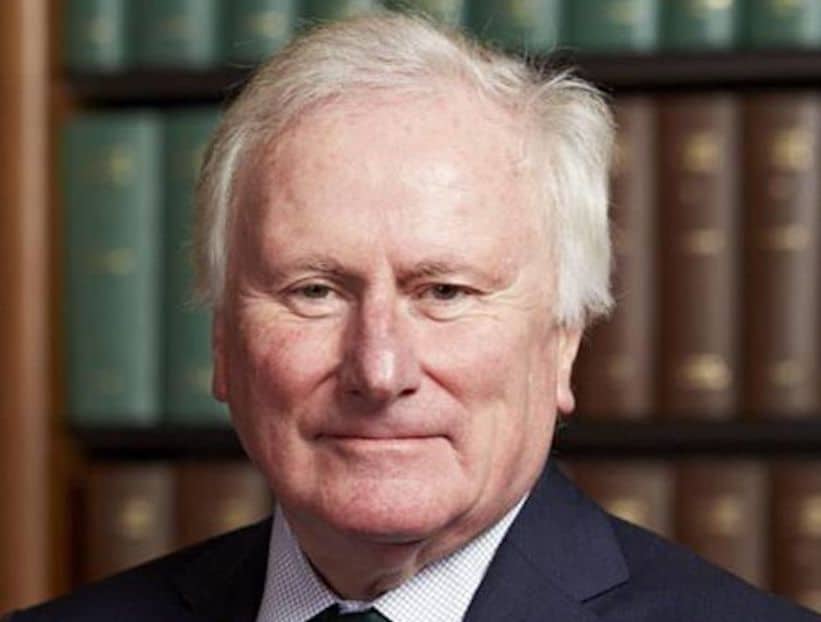 The news of the Lurgan man’s death was relayed to Craigavon Crown Court, as well as Armagh Magistrates’ Court, on Tuesday morning.

It is understood Sir Brian passed away suddenly in the early hours of this morning.

Sir Brian took the title of Baron Kerr of Tonaghmore when he was appointed to the Supreme Court in 2009.

He retired as a justice in September 2020 after a distinguished career which culminated 11 years sitting in the UK Supreme Court.

He was the first justice of the Supreme Court to come from Northern Ireland.

He served as Lord Chief Justice of Northern Ireland from 2004 to 2009 and joined the Privy Council in 2004.

Lord Kerr was educated at St Colman’s College, Newry and read law at Queen’s University, Belfast.  He was called to the Bar of Northern Ireland in 1970 and to the Bar of England and Wales at Gray’s Inn in 1974.

In 1999, he was an Eisenhower Exchange Fellow, travelling extensively in the United States and studying the administration of justice and court practice in America, including a wide-ranging study of various species of ADR in a number of states. Between 2014 and 2020 Lord Kerr was President of the Expert Witness Institute.