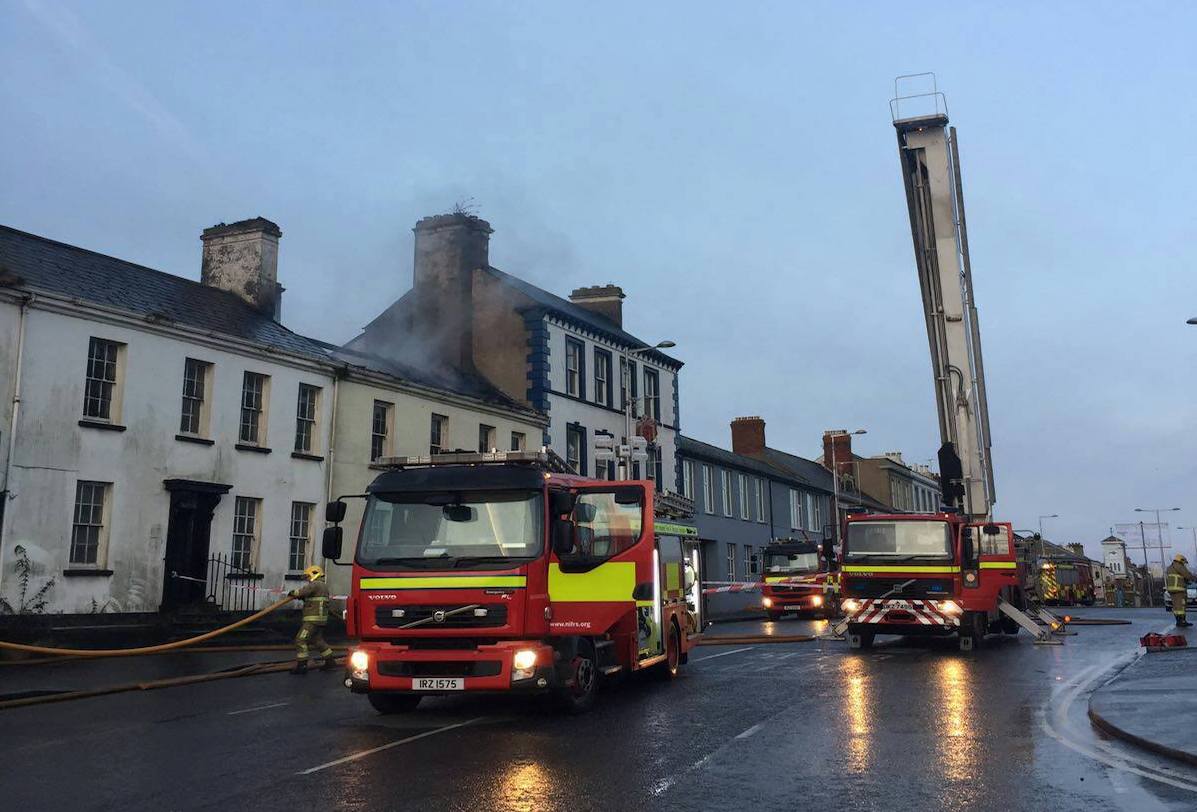 Firefighters believe a blaze at an abandoned building in Lurgan this morning (Sunday) was started deliberately.

Thirty-three firefighters tackled the inferno at an old building on High Street in the centre of town.

Fire crews were called out shortly after 4.30am this morning and were on site within minutes.

By the time fire crews arrived it had burnt through the roof of the building.

Mr Joyce said the fire was more than likely started deliberately, and asked any possible perpetrators to “think long and hard before doing these stupid actions”.

“The building itself is in a row of old buildings on the main street and you have voids and dry timbers, and that is why the fire spread so quickly,” he said.

“The firefighters did a first class job this morning by stopping that spreading from all of the adjoining properties.”

In total 33 firefighters were in attendance, with four pumps, two aerial platforms, and a water platform.

The British Red Cross provided tea, soup and biscuits to the firefighters throughout the morning.

MLA Carla Lockhart told Armagh I: “I want to thank the Fire Service for their swift action in getting the blaze under control.

“As well as being a commercial area there are people living in flats above some of these shops and if the fire had spread it could have been a risk to life.

“Once again, I want to thank both the Fire Service and PSNI for their quick and professional actions during this incident.”