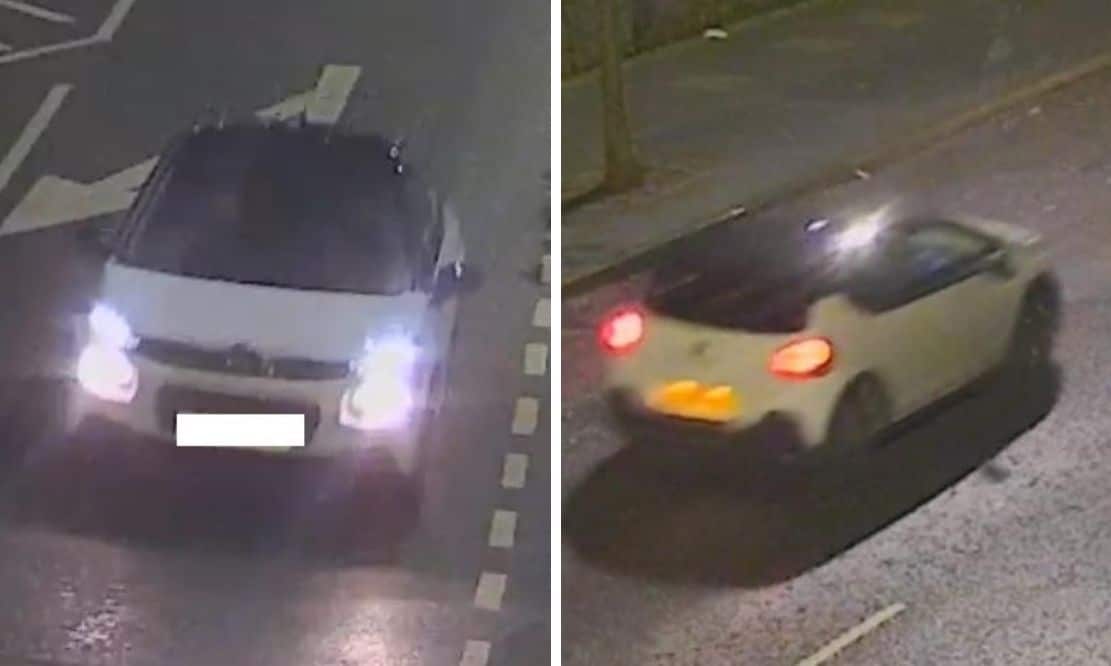 Detectives investigating an aggravated burglary in the Monroe Avenue area of Lurgan earlier this month have made a renewed appeal for information about a vehicle believed to have been used by the suspects.

Detective Sergeant Stewart said: “Shortly before 6am on January 8, it was reported that a number of masked men armed with weapons, including a pitchfork, had entered a house in the area demanding money. They rummaged through the house, before making off in a white car.

“The occupants, an older couple, did not report any physical injuries, but this was a terrifying and frightening ordeal for them which left them shaken.

“We arrested a 41-year-old woman on Wednesday, January 18, who has since been released on police bail to allow for further enquiries.

“As we continue our investigation, we are keen to establish the movements and whereabouts of this vehicle.

“Were you in the area around the time and saw a vehicle matching the one in the image? Do you have dashcam, CCTV or other video footage which might assist us?

A report can also be submitted online using the non-emergency reporting form via http://www.psni.police.uk/makeareport/ or you can contact Crimestoppers anonymously on 0800 555 111 or online at http://crimestoppers-uk.org/.