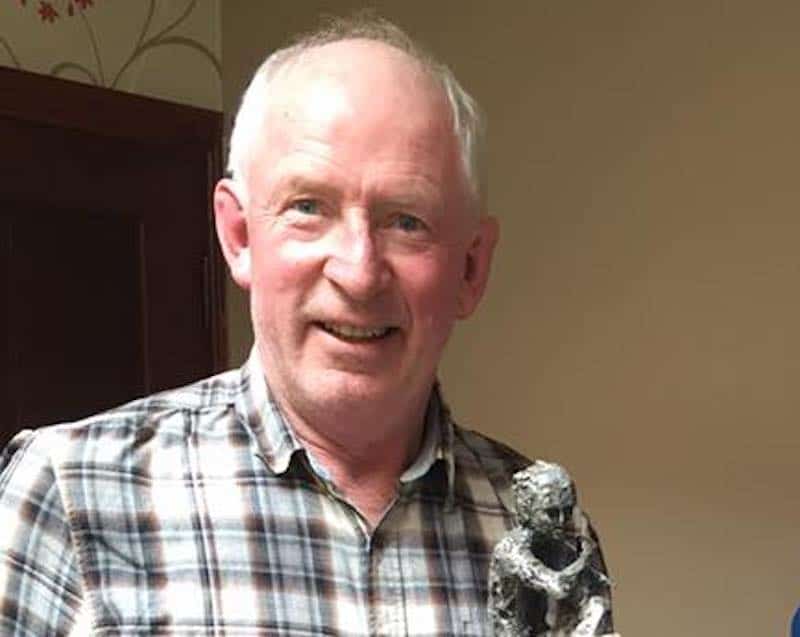 One of the stars of the great Armagh GAA side of the seventies and early eighties, Colm McKinstry, has passed away.

The highly-decorated Clan na Gael clubman was a member of the 1977 All-Ireland final team who lost to Dublin in Croke Park in the county’s first ever HQ decider.

Despite that failing, McKinstry wasn’t short of silverware, for during his heady playing days the Lurgan man collected title after title.

Clan na Gael were Armagh and Ulster kingpins for a period in the seventies, galvanised by McKinstry and his unrivalled fielding ability.

He began a fledgling GAA career with a hat-trick of county minor titles in 1964,’65 and ’66, before that club success was transferred to the senior stage, with four county crowns in five years between 1969 and 1974. Their failure against rivals Crossmaglen probably one of the biggest disappointments for McKinstry in a glittering career.

“I’d say that defeat in ’70 turned out to be the most irritating one of all – for me at least,” he said following his retirement from the game.

Terrible news that @Armagh_GAA 1977 star and county legend Colm McKinstry has passed away. Thoughts are with his family. RIP pic.twitter.com/BiV6q027L3

Clans would lose an All-Ireland club final in 1973, again at the hands of a Dublin side.

Nonetheless, 10 senior county titles and three Anglo-Celt Ulster titles was a fantastic return on a remarkable playing career which ended in the mid eighties. McKinstry would go on to play an integral part in his club during the intervening years.

Paying tribute to Colm on social media, Gordon Hamill of the Lurgan Grapevine, recalled: “One of my earliest memories of the GAA was going up to his house in Pinebank in 1982 to get a good look at the Anglo Celt cup.

“Hundreds of kids did the same, and it didn’t take one flinch out of the big gentle giant.

“I had a scrapbook in which I kept photos of Armagh players, in one Colm’s ankles are level with a man’s shoulders with him full stretch and ball in hands – I never saw a photo like it before or since – he was simply one of the greatest fielders of all time, people in Cork and Kerry will tell you the same. I wish I had that picture now.

“I won’t put a picture up I will picture him in my mind’s eye in that picture, I used to have of him soaring into the sky, rescuing that ball from the clouds over Davitt. Deepest condolences to his family.”