The family said: 'Closure will come only when Leslie’s body is returned to us and those responsible have been brought to justice' 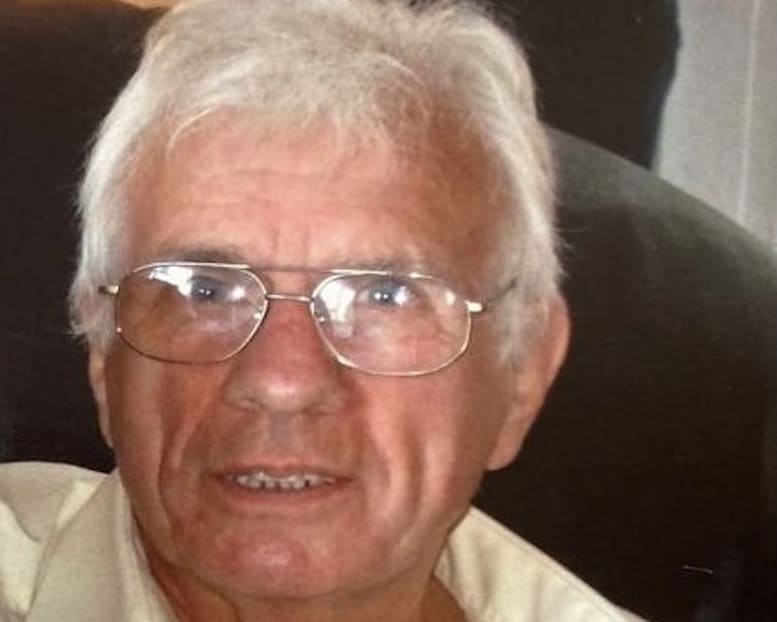 Leslie White and the car - a blue Citroen Xsara, registration CNZ 7096 - which he was driving

The family of a Co Armagh man have made an impassioned plea for information to help convict his killers on the 10th anniversary of his disappearance and murder.

Leslie White was last seen in Lurgan in November 2010.

Now Crimestoppers and the victim’s family are offering a reward of up to £20,000 for information the charity exclusively receives – either online at Crimestoppers-uk.org or by calling freephone 0800 555 111 – that leads to the arrest and conviction of those responsible for his murder.

The PSNI has today (Monday) made a fresh appeal on the 10th anniversary of the disappearance and murder of the 69-year-old.

His family have released a statement and called for information to be brought forward.

They said: “Ten years ago Leslie White went to meet with some people that he knew. He never returned.

“In an act that echoes the darkest days of Northern Ireland’s past, Leslie was murdered and his body disposed of in an unknown way. These persons would have been the last faces that Leslie saw.

“The police are resolved to continue to seek justice no matter how much time may pass. This is a resolve shared by the family.

“Closure for the family will come only when Leslie’s body is returned to us and those responsible have been brought to justice.

“We appeal to anyone out there who maybe saw something ten years ago that didn’t seem right. Perhaps there are persons out there who have direct knowledge of events and are troubled by that knowledge. Perhaps it is simply the right thing to do.

“We urge you to contact the police and pass on what you know, however trivial it may seem. How would you feel if this was your family member? Would you leave any stone unturned?” The police have made an appeal but it should be noted that information passed to police will not qualify for the reward. Only information passed directly to the independent charity Crimestoppers, using their untraceable anonymous online form at www.crimestoppers-uk.org or via freephone 0800 555 111, will qualify.

A/Detective Chief Inspector Mark Gibson said: “Leslie went missing 10 years ago and enquiries have led us to believe that he has been murdered. His body has never been found.

“Leslie’s family have suffered a great deal in the last 10 years. They can’t move on with their lives until they know exactly what happened to him. I want to recover his body and allow his family to be able to grieve properly.

A/Detective Chief Inspector Gibson continued: “Leslie met with his daughter at a restaurant in Lurgan on 6 November 2010. When talking to her he stated that he was going to go to Dublin.

“He made arrangements to call her later that night when he got back from Dublin. He also told her that he would see her the next day at a family gathering that had already been arranged. However, she never heard from him or saw him again.

“We believe Leslie left Lurgan at approximately 1.00pm on Saturday, 6 November 2010. He was driving a blue Citroen Xsara, registration CNZ 7096.

“We understand the last person to speak to Leslie was a friend of his via mobile phone just before 6pm on 6th November . At this time we believe Leslie may have been in the Antrim area.

“We are keen to trace the movements of Leslie’s car between his disappearance on Saturday, 6 November 2010 and the parking of his car at Dublin airport on Monday 8th November 2010.

“Detectives are also keen to trace the movements of a silver Vauxhall Cavalier car, registration number JKZ 3331 between Saturday, 6 November 2010 and Monday 8 November 2010.

“I would appeal to anyone who has any information at all about the disappearance and murder of Leslie to contact detectives. No matter how insignificant you may think your piece of information is, it could be the vital piece we need to bring those responsible for Leslie’s murder before the courts.

“Leslie deserves to be given a dignified funeral. His family deserve to know where he is, they should be able to have a grave where they can go and visit him. It is the least they deserve.

“Anyone with any information or who may be able to help with our investigation, is asked to call us on the non-emergency number 101, or submit a report online using our non-emergency reporting form via http://www.psni.police.uk/makeareport/. You can also contact Crimestoppers anonymously on 0800 555 111 or online at http://crimestoppers-uk.org/”