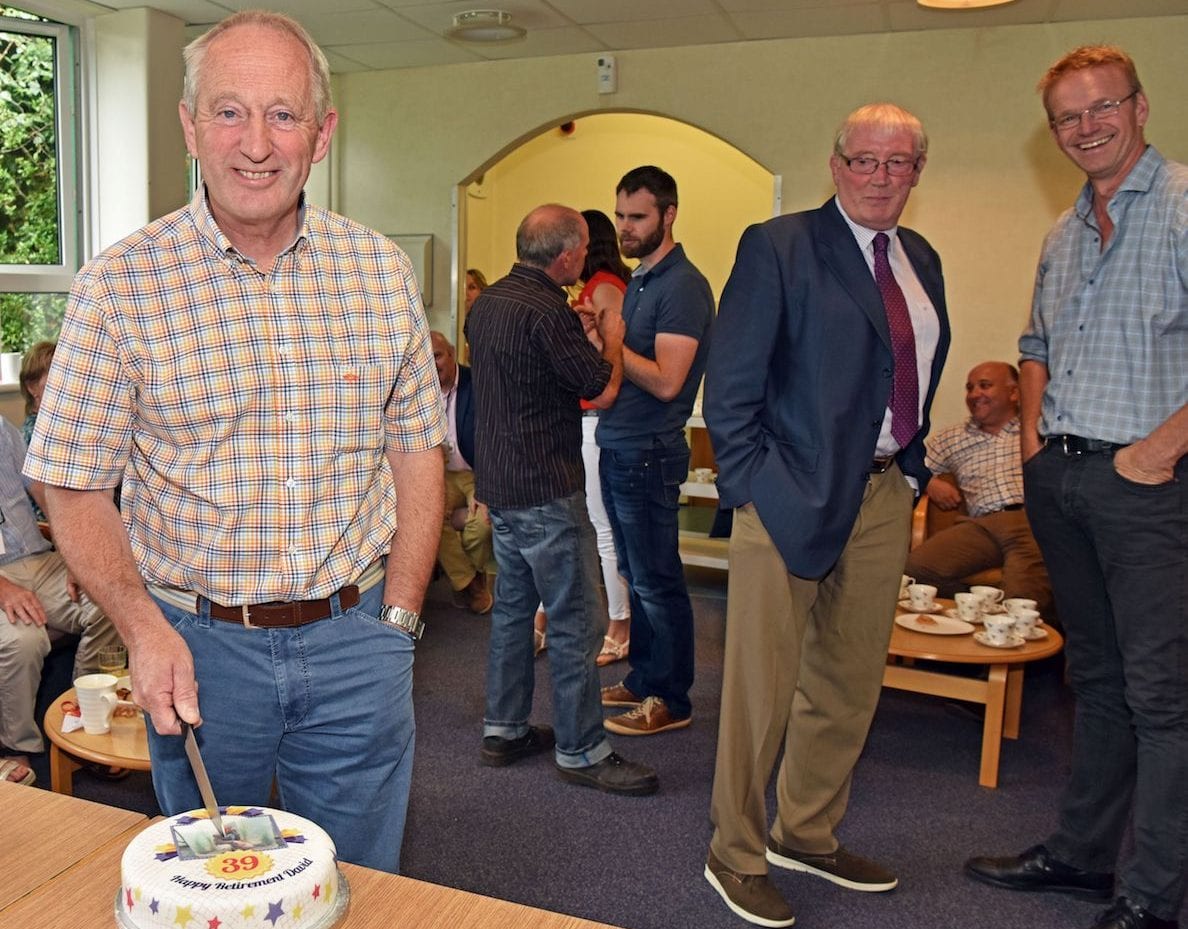 There were mixed emotions as David Johnston – grass breeding programme leader at Loughgall – retired from the post after 39 years of service.

The Agri-Food and Biosciences Unit at Loughgall saw staff and present from across its bases – as well as commercial partners – come together to celebrate David’s career and wish him well in his retirement.

David has always had a strong interest in grass – his family connections in the grass seed business go back over 100 years.

In 1975 he took a summer job in the grass breeding section at Loughgall and while working there he was encouraged to study for a degree in agriculture at Queen’s University.

Over his career he managed the expansion of the AFBI grass breeding service and has been responsible for breeding over 900 grass varieties, with 40 of these making it through to Recommended List status.

Said Dr Mayne: “AFBI varieties are now bred and tested nationally and internationally with the programme being commercialised through a strong AFBI-Barenbrug partnership, which David was instrumental in maintaining.

“With over 70% of seed mixtures in Northern Ireland containing AFBI varieties, and extensive use across the UK and Republic of Ireland, it is clear that David’s work has been highly successful and many livestock producers have benefitted.

“Furthermore, AFBI has had 10 new varieties of perennial ryegrass recommended by NIAB over the past 4 years – higher than any other breeder on these islands.”

David also has had many significant awards for his achievements – in 2012 he won the Farming Life Farming Champion Award, he was elected President of the Ulster Grassland Society in 2015 and has been Chairman of the British Society of Plant Breeders on two occasions.

David now hands on this great legacy to Dr Gillian Young, his successor, to continue this work.

But David is more than just a grass breeder. His life revolves around his family, he is actively involved in his local church and worthwhile charities and is a well-respected apple grower in his own right.

The staff and management of AFBI now wish David well for a long and active retirement.