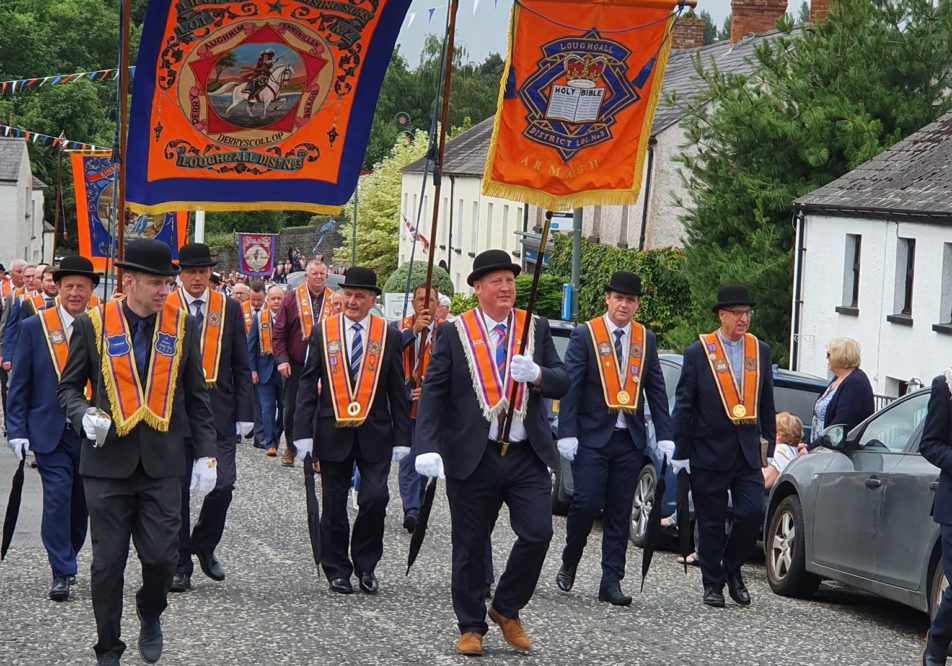 Loughgall village, the birthplace of the Orange Order, is to host its first ever ‘Mini-Twelfth’ this weekend.

The event, on Saturday, July 2, is being planned by Loughgall District Lodge celebrate the Platinum Jubilee of Her Majesty Queen Elizabeth II as well as celebrating the centenary of Northern Ireland.

It is hoped that all 22 private lodges, along with their banners, will be on parade; in addition, ladies from the Women’s Association have been invited to take part, along with the Junior Boys Lodge.

County Officers will be in attendance and visitors from other Counties and Districts are more than welcome.

Approximately eight bands will accompany the lodges through the historic village.

As ever, Loughgall District is renowned for the Lambeg Drum and many will be accompanying the brethren if the weather is good.

Loughgall is the home of the Orange Order and is renowned throughout the world for its historical significance, something that Loughgall District is very proud of.

The district is one of the most geographically widespread within Co Armagh and stretches from just outside  Armagh City into Co Tyrone.

It has the proud distinction of having the Diamond area within its boundaries, the scene  of the famous Battle of the Diamond on 21 September 1795.

And of course the parade will pass the Museum of Orange Heritage at Sloan’s House, where the first Orange Warrants were signed after the battle.

The parade, headed by Aughanagurgan Accordion band, will assemble at McDowell’s hill on the Armagh side of the village at 7.15pm sharp and proceed through the village to the platform at the field opposite Orchard Park, stopping at the old church ruins to lay a floral wreath in memory  of those brutally murdered in the 1641 rebellion.

At the ‘field’, there will be a short interval  during which new District Officer collarettes will be dedicated and a beacon will be lit. The  parade will return at approximately 9pm.

All sisters, brethren and juniors are welcome as well as members of the public to enjoy the  spectacle.