These proposals - which represent a significant investment by the County Armagh club - are how before Armagh City, Banbridge and Craigavon Borough Council 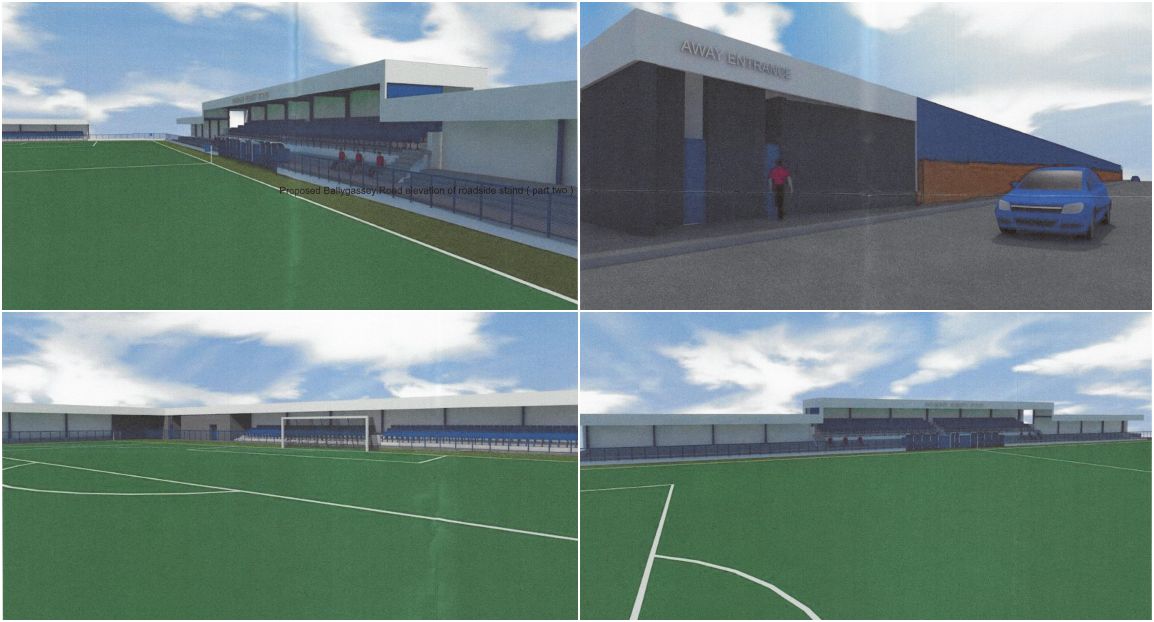 Loughgall FC is planning a major revamp of facilities at its Lakeview Park ground.

Proposals have been drawn up which would benefit both spectators and players alike.

Loughgall currently boasts two stands, one of them and the eldest of the two named in honour of former club chairman Raymond Nesbitt.

A second covered stand was later constructed on the Ballygassey Road side of the pitch, named in honour of legendary groundsman and former chairman Hilbert Willis, who last year completed a ‘Captain Tom’ style 100 laps of Lakeview Park to raise funds for his beloved Loughgall.

These proposals – which represent a significant investment by the County Armagh club – are how before Armagh City, Banbridge and Craigavon Borough Council.

The intention is to carry out alterations to the existing stadium to provide a new 300+ seater home stand, named in Raymond Nesbitt’s memory.

And there would be a new stand for away spectators – with over 200 seats – constructed at the pitch end furthest from the clubhouse.

A new toilet block would also be built next to the away spectators’ stand.

There would be new home and away turnstiles installed too – at either end of the pitch opening on to Ballygassey Road.

The club intends to construct a new 3G playing pitch to replace the grass surface pitch, as well as carry out associated service and site works.

These are just the latest plans in the pipeline for Loughgall FC, whose first team play in the NIFL Championship.

And it comes just a week after Portadown FC confirmed major redevelopments of its Shamrock Park ground including grandstand and domed training unit.

It’s an exciting time for football in County Armagh and for Loughgall FC it comes three years after then Lord Mayor Julie Flaherty officially opened the new Willis CRL Arena, a state-of-the-art 4G playing surface situated within the tranquil area of Lakeview Meadows. It is the home ground of Loughgall United and Loughgall Under 18s as well as being the base for Loughgall Youth FC.

These latest proposals would completely transform the ground and provide something more to be proud of for the Lakeview Park faithful.