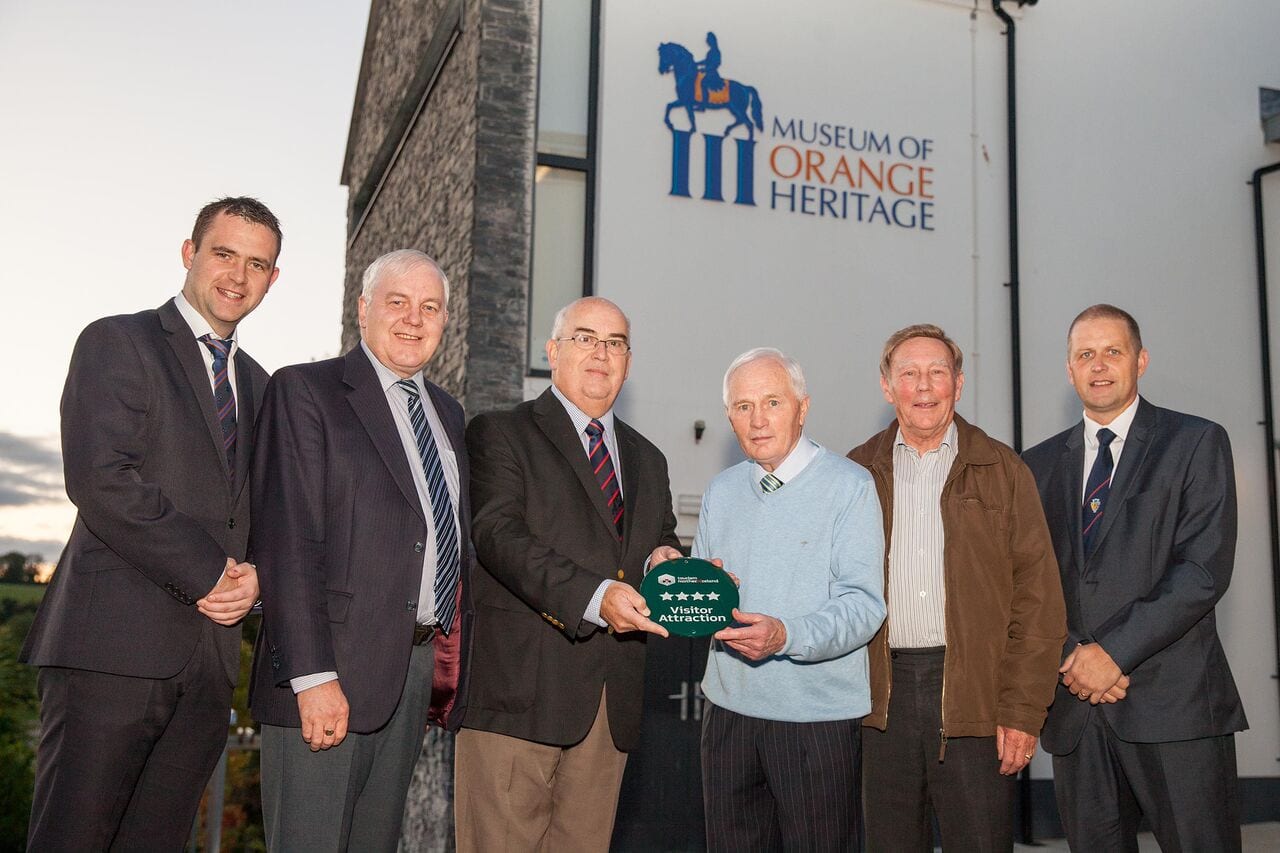 The Museum of Orange Heritage in Co Armagh has been presented with a prestigious four-star visitor experience award.

The Loughgall facility at Sloan’s House – recognised as the birthplace of Orangeism – received the official acknowledgement from Tourism Northern Ireland.

Tourism NI’s independent grading scheme awards tourist facilities and services with a one to five-star rating to indicate the level of quality a visitor can expect when visiting an attraction or activity.

The four-star rating means visitors to the Orange museum can expect to enjoy an ‘excellent’ overall experience.

The accolade comes following the historic visit to the Co Armagh site by HRH The Prince of Wales last year.

“This recognition from Tourism NI is a wonderful reward not only for the museum, but for all those involved in its everyday operation,” he said.

“I would like to express my gratitude to all the members of the management committee and our volunteers who have helped the Museum of Orange Heritage achieve so much in our first two years of operation.

“To secure a four-star visitor experience grade demonstrates the exceptional quality of our museum, and we will seek to build on such positive customer feedback in the days ahead.”

Congratulating the Museum on its award, Caroline Adams, Tourism NI Quality and Standards Manager said: “Tourism NI is pleased to award the Museum of Orange Heritage a four-star grading which reflects very high standards across the attraction, from customer care, the quality of the exhibits and provision of food and drink to the excellent visitor information and the friendly welcome provided by staff, many of whom are volunteers.

“I have no doubt that the museum will play an important part in the local tourism economy helping to attract an increasing number of visitors and encouraging them to stay longer and spend more.”

The Loughgall museum officially opened in June 2015 as part of the REACH Project (Reaching out through Education and Cultural Heritage), which received £3.6 million from the EU’s PEACE III programme, managed by the Special EU Programmes Body (SEUPB).

The refurbishment of Sloan’s House – where the first Orange warrants were signed over 200 years ago – included a major extension to cater for additional museum exhibition areas and provision of detailed information relating to the early history of the Orange Order. The expansion incorporates a display of the original Sloan’s Parlour, illustrated in a similar way it would have looked when the Institution was first formed in 1795.

The modern development in the quaint village also contains office space, ancillary accommodation and a coffee shop. An adjoining garden of remembrance pays tribute to 68 Orangemen from the county who were murdered by terrorists during the Troubles.

The museum aims to promote shared space and greater levels of reconciliation through education, and is part of a joint outreach project with the Institution’s larger museum in Belfast, which also opened two years ago.