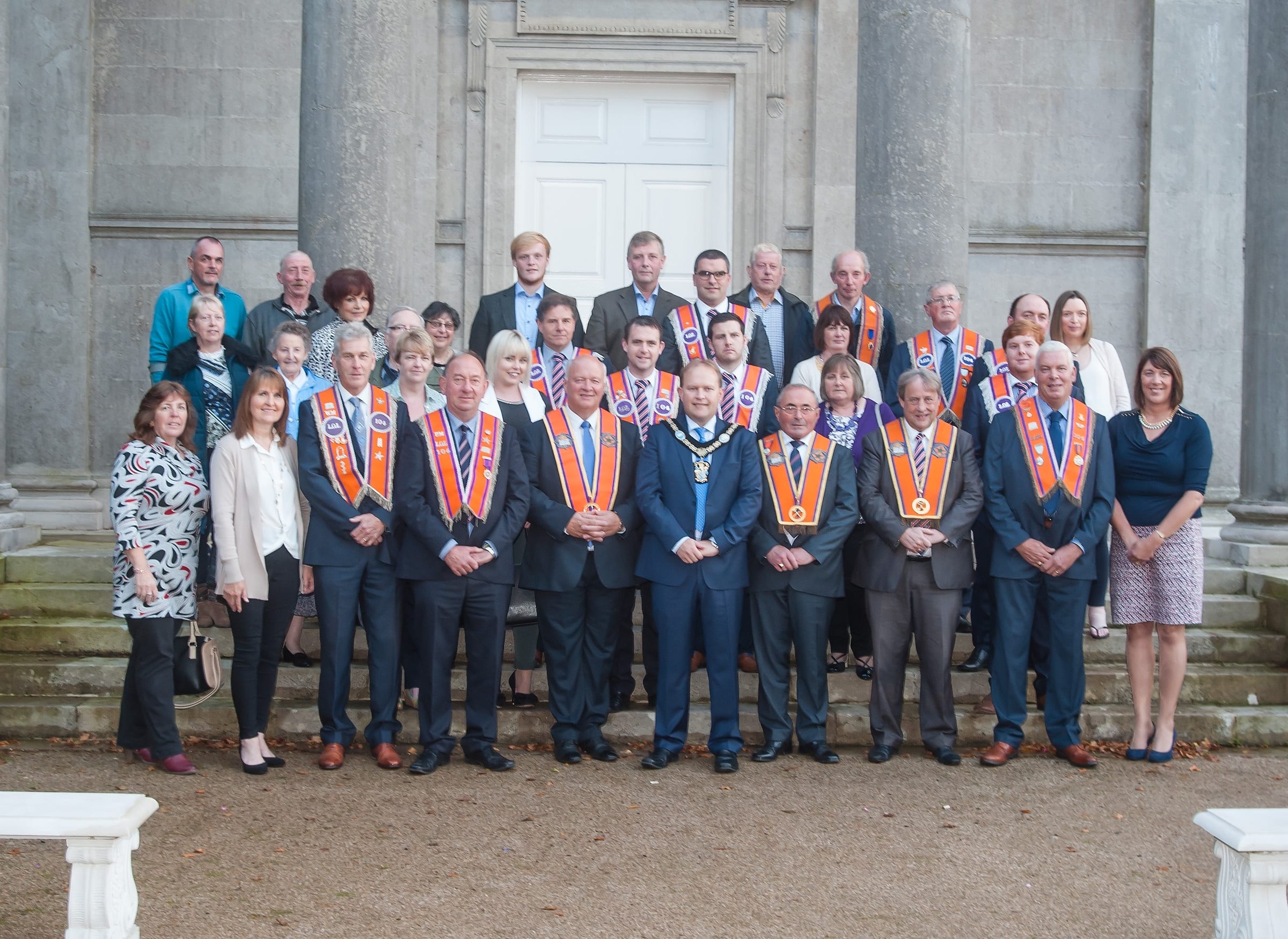 The first sod has been cut for the construction of a new Orange Hall in Co Armagh.

The development will replace a hall which was gutted in an arson attack in 2015.

The sod-cutting ceremony for the new Ballytyrone Orange Hall in Loughgall took place on Tuesday night.

Among those also attending were Upper Bann DUP MP David Simpson and Newry and Armagh MLA William Irwin, a past master of the Ballytyrone lodge.

As Armagh I revealed in May, the new development new hall will be more than double the size of that destroyed, and will also include car parking, something which had previously been limited on the site.

The replacement hall will be situated about 50 metres away from the fire-damaged premises, on a patch of farm land.

Ballytyrone Orange Hall was destroyed in the blaze, after it was targeted in a late night attack on Thursday, July 2, 2015. Police were alerted to the incident shortly before midnight.

Fire crews attended the scene at the rural country hall, used by a lodge with just 26 members and by Ballytyrone Accordion Band. But the building was destroyed.

The lodge pledged to rebuild bigger and better and kick-started a fundraising drive.

This week’s sod-cutting marks a major step in the history of the Co Armagh lodge as work begins of this new facility.

He said: “It was a privilege to attend the official sod-cutting ceremony at the new site at Ballytyrone and then to welcome members and friends of the lodge to the Palace Building in Armagh for a reception.

“It is so positive to see the lodge members push forward with the rebuilding plans following the despicable arson attack on the original hall and I look forward to seeing the hall construction progress.”