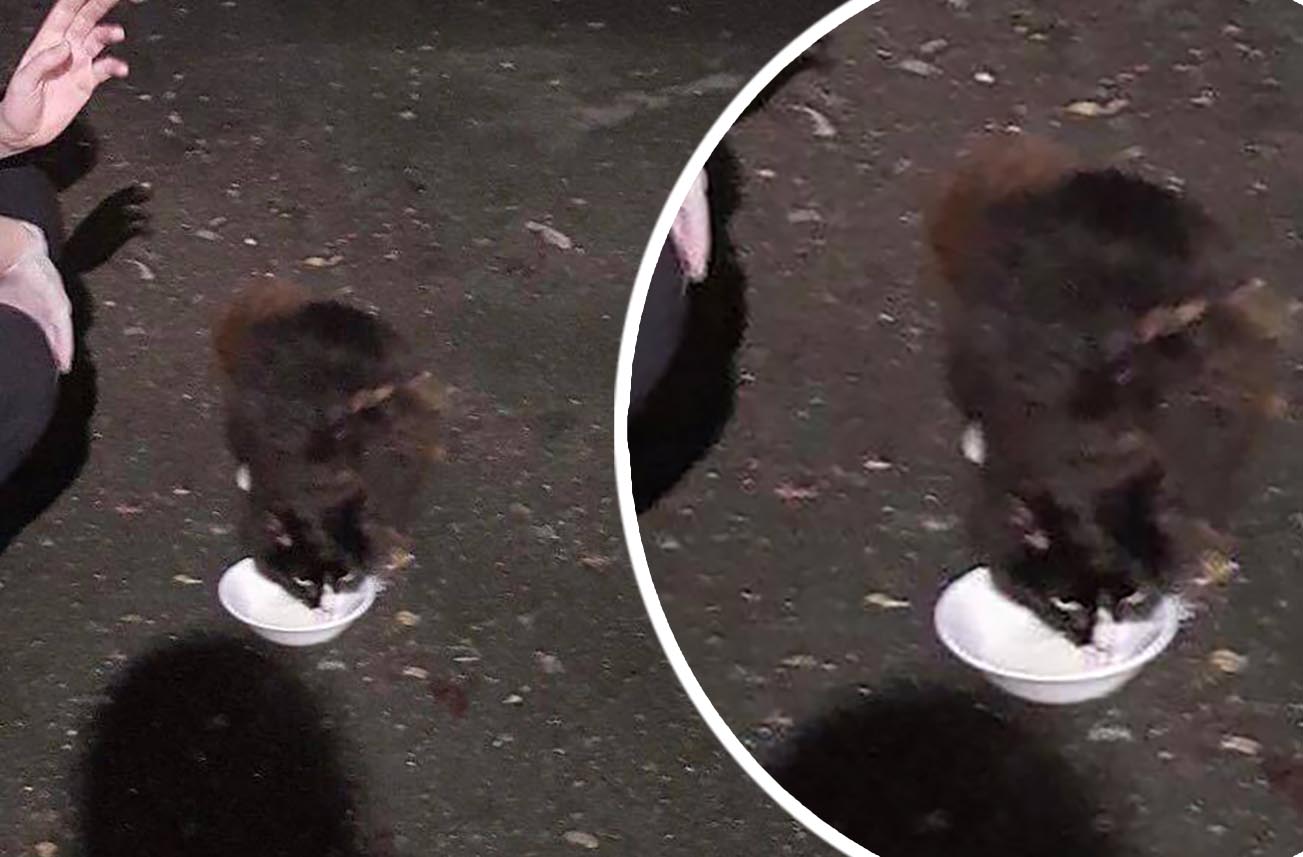 A much-loved pet cat which went missing in Belfast three years ago has been found alive and well in Co Armagh.

And with a big reunion on the cards, its owner is, understandably, chuffed to bits!

It’s all thanks to kind-hearted colleagues at a local nursing home, who took pity on the ball of fluff when it turned up on their doorstep!

The team at Apple Blossom Lodge Nursing Home, on the Drumilly Road at Loughgall, felt sorry when they noticed the little one in such a bedraggled state.

But they were not prepared for the shock that was to come!

Staff member Jenny Montgomery, explained that it had been showing up outside the home, foraging for scraps, for over a week.

She told Armagh I: “It was very afraid and hungry. It was badly matted and very skinny.

“The staff fed it and managed to catch it today and bring it to the local vet, as a member of staff was willing to take it home.

“But when the vet scanned for a microchip, they found the cat had been chipped.”

A phone call later and the dumbfounded owner was told that their much-loved pet – believed lost forever – had been found.

And it could have been gone for good had it not been for the circumstances and the kindness of the Apple Blossom Lodge team.

It was thanks to home manager Heather Maxwell for being able to coax the cat, the staff for taking pity on a stray and care worker Elaine Donald, who had agreed to adopt it after a visit to the vet in Armagh.

But Elaine’s not too upset that her would-be housemate will not now be checking in.

She told Armagh I : “It’s just unreal. I’m so happy its going back to its owner three years later.

“I’m a total animal lover, which is why I was going to rehome it.

“It helps spread the words that it pays to get your animal chipped.

“We are all just delighted – a happy ending for once!”

“When the owner was rang everyone was amazed, when we found out the cat had been missing from Belfast for three years!

“The cat is currently in the vet’s and waiting to be reunited with its owner. The vet rang him and the owner just couldn’t believe it. He was so happy. He was travelling to the vet to pick it up.

“I think they had moved house and the cat had roamed and got lost.

“We think this proves the importance of microchipping our animals, and to those who have lost and missing pets – never lose hope!”