Keady, Portadown and Banbridge groups in running for national ‘Pride of Place’ awards 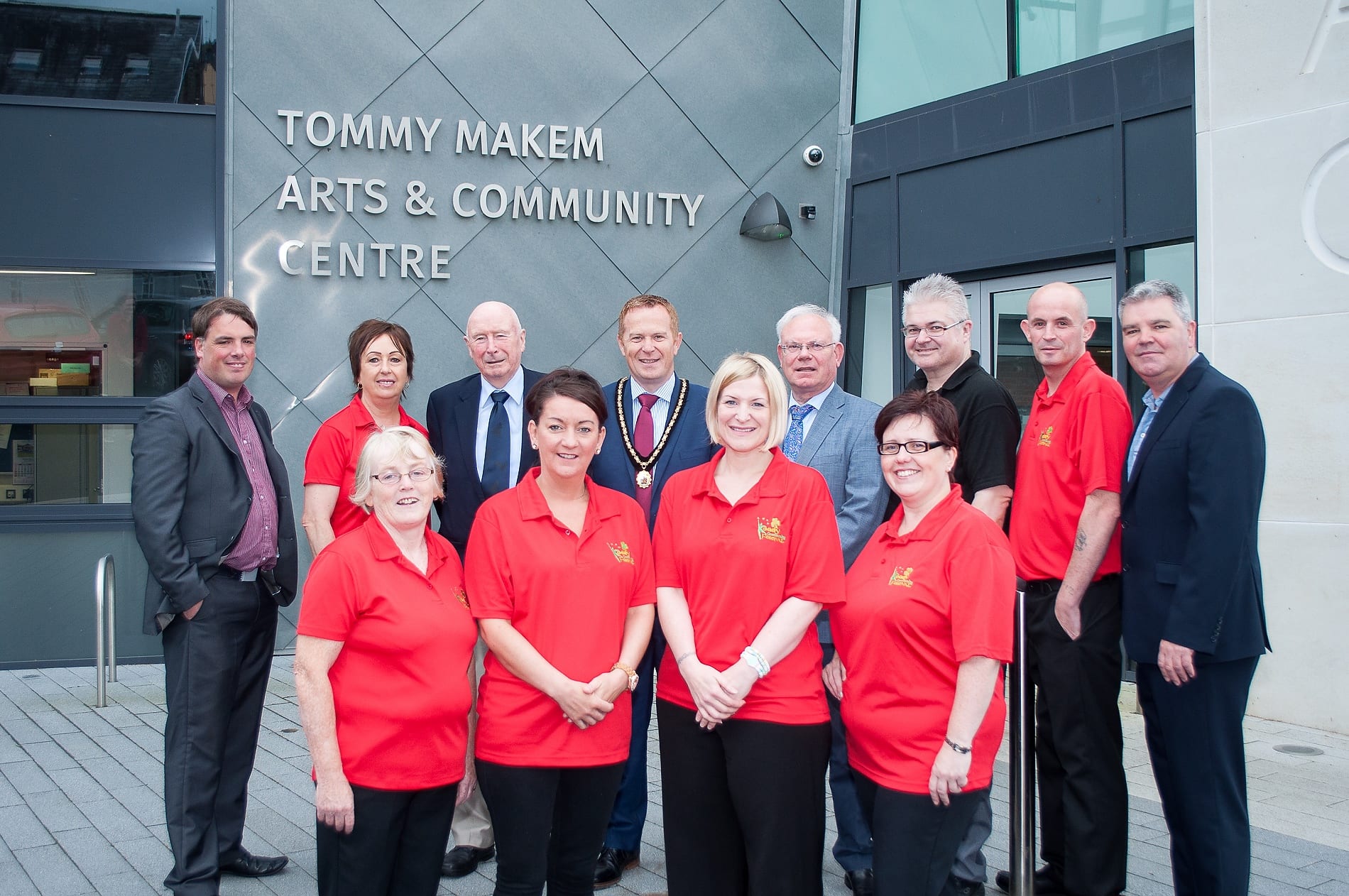 A Keady group which has organised a host of local events for all sections of the community had been nominated for a national award for their efforts.

Keady Community, Cultural and Festival Group was formed in 2012 to revive the annual St Patrick’s Day parade in the south Armagh town.

It has, since then, successfully organised St Patrick’s Day parades, Hallowe’en events, Christmas celebrations, and national and civic events in the town over the four years since. Now members could scoop a much deserved recognition for all their hard work in the local community.

The Keady Festival Group is one of three nominees in the Armagh City, Banbridge and Craigavon Borough Council area in the running for the prestious IPB Pride of Place Awards.

Judges from Co-operation Ireland recently visited the borough in order to meet representatives from the three and learn about the positive impact their work has had on local people and their communities.

The Keady group devotes endless energy and time to organise events which are well attended and attract thousands of people from around the local area.

Young people realise their potential to participate positively in the community which results in a reduction of anti-social behaviour. Projects in the past have connected local groups, businesses and citizens and encouraged active citizenship and opportunities for volunteering.

The group has been nominated in the ‘2,000-5,000 Population’ category of the Pride of Place Awards.

Over the past few years the Youth Council has researched and consulted young people on a wide range of issues including education and careers; policing and community safety issues; town centre planning; good relations; and using their vote in local elections.

The ‘Night Safe and Street Scene’ project is run in partnership with the local PCSP and PSNI and is designed to help young people feel safer when they are out socialising and avoid getting into trouble and potentially getting a criminal record.

It involves delivering workshops to local schools and youth groups and the development of a resource pack. Sessions have been delivered to several hundred young people across the borough.

Richmount Rural Community Association is based in Scotch Street outside Portadown, and provides comprehensive services for the local community and is heavily involved in wider community development issues.

It has developed its own community hub with community hall, pre-school facility and community gardens. The group has led efforts to encourage mutual respect and acceptance of cultural diversity in its rural community and has been involved in good relations programmes for five years.

They have been working with the substantial Bulgarian and Ukrainian community in the Scotch Street area with numbers over 200.

Speaking about the nominations, Deputy Lord Mayor Paul Greenfield, said: “These awards present the council with an opportunity to recognise the excellent work these groups carry out across our borough.

“Our three nominations reflect the diversity and quality of work which is being undertaken by local people who wish to show pride in their place.”

Now in its fourteenth year, the IPB Pride of Place competition continues to grow in terms of its prestige and popularity.

Run by Co-operation Ireland, the competition’s purpose is to acknowledge the fantastic work being done by communities all over the island of Ireland, with nominations are made by local authorities across a choice of 17 different categories.