Watch: Lone man walks out into middle of frozen Co. Armagh lake and starts bashing ice beneath him 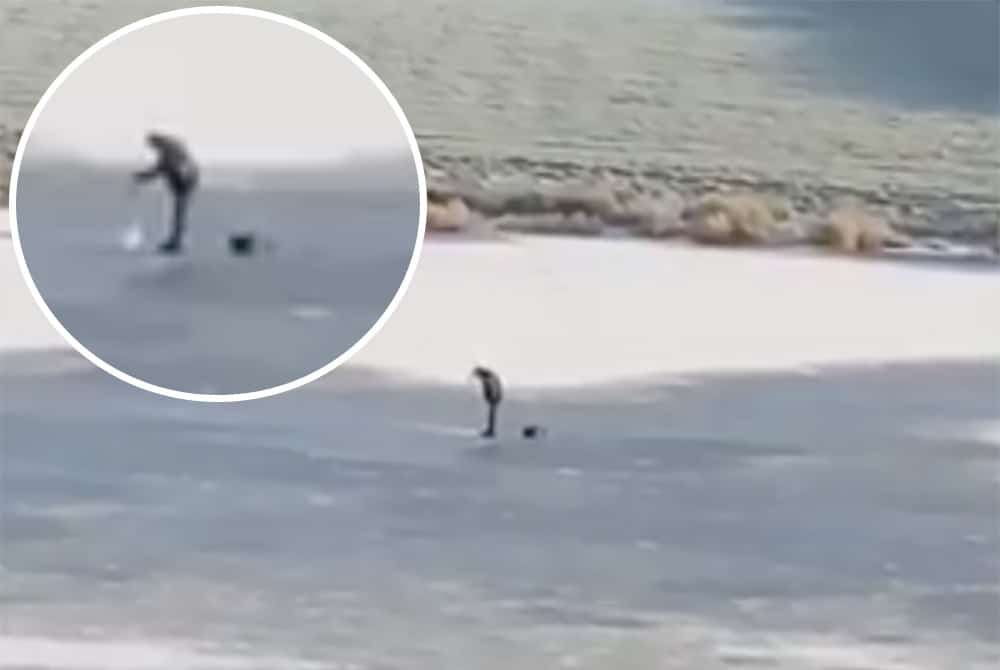 This is the hair-raising moment one man, all alone in the rural countryside, dangerously ventures out onto a small frozen Co Armagh lake.

The video (see below) – taken last week – captures the moment the lone man, brazenly walks out into the middle of the frozen lake on the outskirts of Darkley village, and begins smashing the ice inches from where he is standing.

As mercury levels dipped below zero last week, many lakes and waterways froze over, just like it did at the locally named ‘wee lake’ or lough, a few hundred metres outside the village.

Unbeknownst to the man walking on water, his movements were being filmed from afar, but help was never close at hand, making this treacherous act all the more foolish, luckily escaping tragic consequences. It should go without saying – do not do this at home, or anywhere, ever!

While warmer temperatures has meant this is not a practice we’ll be seeing over the next week at least, winter is still in its infancy.

And it comes just days after the PSNI responded to reports of people playing on the frozen Craigavon Lakes and were forced to issue a public warning.

Lough Neagh Rescue also made an appeal via social media, saying: “We have received lots of calls and messages in relation to members of the public walking on the Long Ponds at Clotworthy House Antrim as well as swimmers jumping into Lough through frozen ice.

“Whilst we can’t tell anyone what to do! we would encourage our followers to keep safe and follow current safety guidance.

“It might look like fun and you might think it’s safe to walk or swim under the ice but the consequences of your actions could be severe and life threatening.

“Unfortunately we have witnessed the consequences of this before.

“Please keep safe and in case of an emergency dial 999 and ask for the Coastguard.”