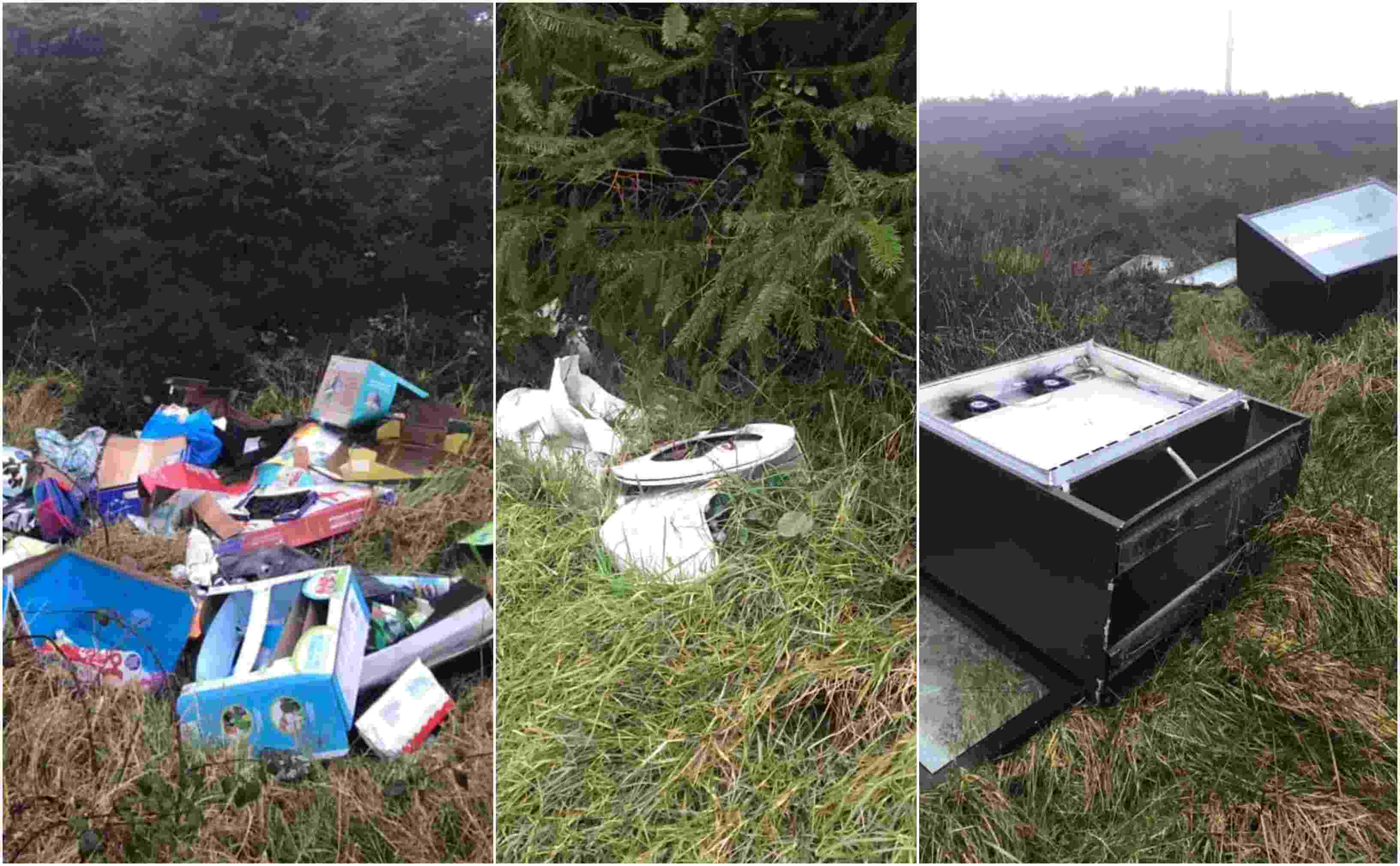 Despite a pre-Christmas clean-up of Carrigatuke Viewpoint on the outskirts of Keady – the New Year has brought with it a rather old problem.

Christmas fly-tippers have had a field day – quite literally – on the Viewpoint Road, just yards from the summit.

Efforts to transform the tourism potential of the south Armagh beauty spot have been hit time and time again, with the latest series of dumping among some of the worst in recent times.

Locals took to carrying a rubbish pick prior to Christmas but just a matter of weeks later, that work has proven in vain.

Sinn Fein representative Brona Haughey expressed her disappointment having driven up to the site this weekend.

“I took a drive up to Carrickatuke as I hadn’t been in a few weeks, hoping to find it as it was left before Christmas,” she explained.

Adding: “This was not to be. I was especially disappointed to find what was clearly the remnants of Christmas, nearly all 100% recyclable dumped on Viewpoint Road a few miles from a recycling centre. I have reported these to the relevant authorities.

“So much for Christmas spirit.”

Among the rubbish were planks of wood, toilets, children’s toy boxes, cabinets and fridge-freezers.

The act was even more galling given the recycling centre is based in Keady, just a few miles away.