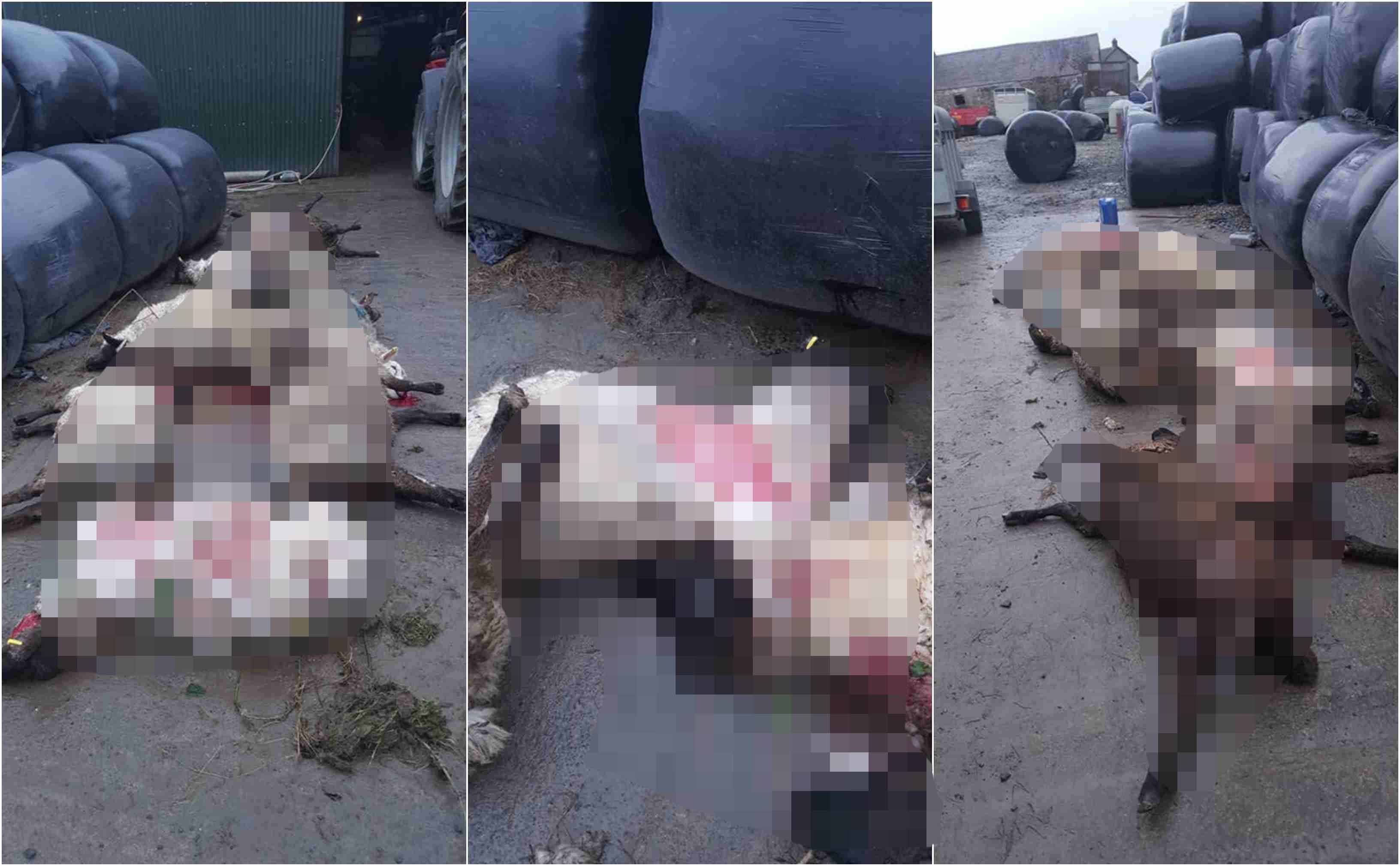 A Keady farmer has been left reeling after a dozen of his sheep were killed by large dogs on Monday.

Vets from the Orchard Veterinary Centre in Armagh were called to the grisly scene after nine were killed outright – a further three had to be euthanised due to the severity of their injuries.

Posting the images on Facebook, the surgery, explained: “We were called today to the Keady area for a particularly bad case of sheep worrying.

“Nine sheep were killed yesterday by a group of two-three large dogs and I had to euthanise three more because of severe bite injuries; another 10 in lamb ewes were chased badly too and can often end up aborting their lambs in these cases.

“These poor defenceless creatures stood no chance against them.

“Farmers please be vigilant to avoid more loss of life. This is why dogs cannot be allowed to roam as this is an example of the real damage they can do.”

Mr Irwin said it was vital that dog owners fully understood the dangers of allowing dogs to roam freely in areas where sheep are grazing.

He said: “I was alerted to this issue following coverage and pleas issued by a local Armagh Vet who assisted the Keady farmer in dealing with the incident.

“A total of 12 animals are lost as a result of this sheep worrying and it is believed that three dogs were responsible.

“It is absolutely essential that dog owners know where their dogs are at all times and exercise great care in order to stop this type of incident occurring as it represents a significant loss to the farmer who to has to deal with the aftermath.”

He concluded: “It is also worth noting that a farmer is well within their rights to shoot any dog that is worrying sheep on their land.”