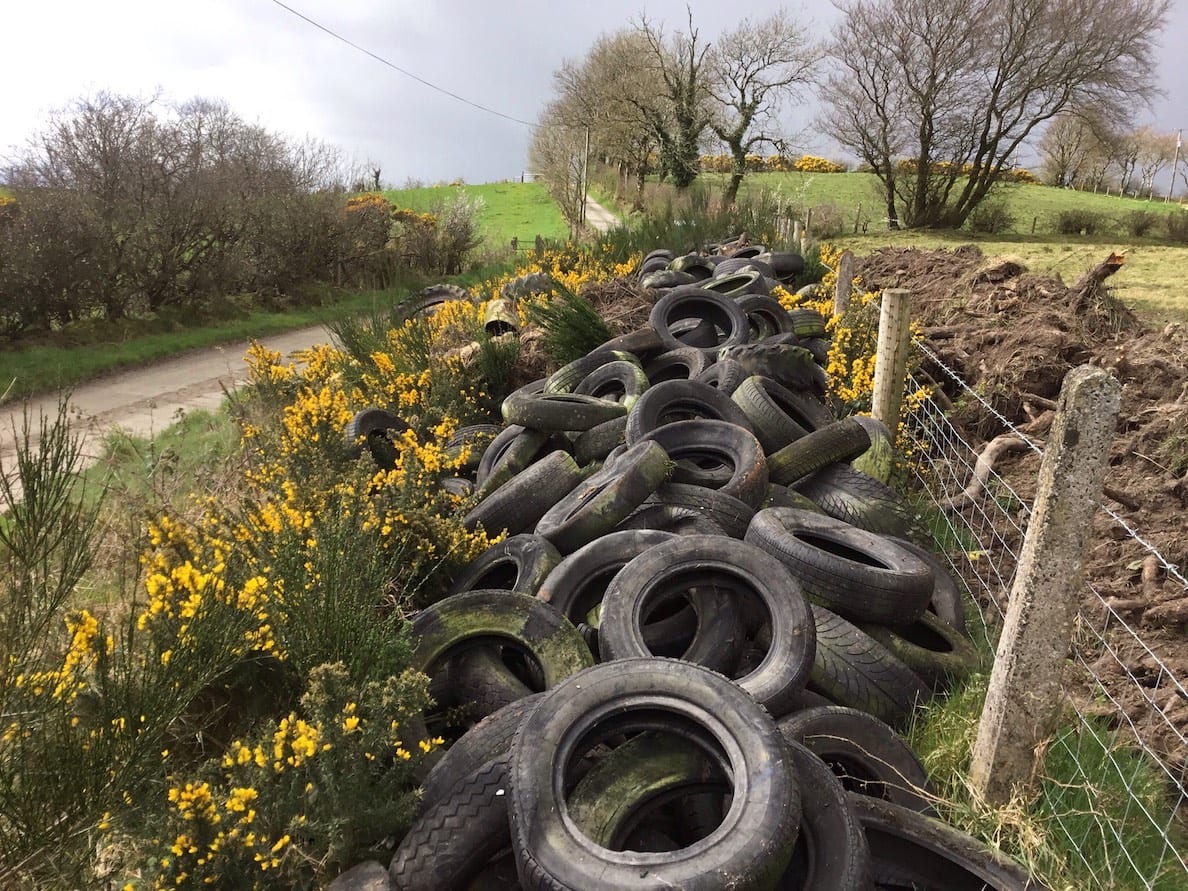 Hundreds of tyres have been dumped next to a scenic lake in an act described simply as “disgusting”.

The tyres, which were cast aside under the cover of darkness, were discovered next to Gentle Owens Lake on the outskirts of Keady this morning (Tuesday).

The lake is also just a few hundred yards from Clea Primary School.

Sinn Fein councillor Darren McNally said that those engaged in the illegal dumping of several hundred tyres, need to be identified and face the full rigours of the law.

“I am totally and utterly disgusted at these acts of environmental crime which have occurred,” said councillor McNally.

“We have had a huge number of tyres dumped on the Clay Road not far from Clea School. This is a rural location that overlooks the scenic Gentle Owens Lake.”

Confirming he had contacted the Environmental Department at the ABC Council requesting the tyres be moved, the local councillor said that those involved “have absolutely no respect for our community or for our environment”.

He added: “We need the help of the public to put an end to this. We don’t intend to be a dumping ground for anyone’s waste.

“It’s difficult to understand why there is no traceability where these tyres are coming from.

“They all have serial numbers and we’re sold to some garage. These garages charge between three and four pounds to dispose of these tyres properly for recycling.

“Ratepayers are paying the financial cost of this criminal act whilst we as a community are all paying the environmental cost.”