Fire at three-storey shop in Keady under investigation

Firefighters took three hours to deal with the blaze 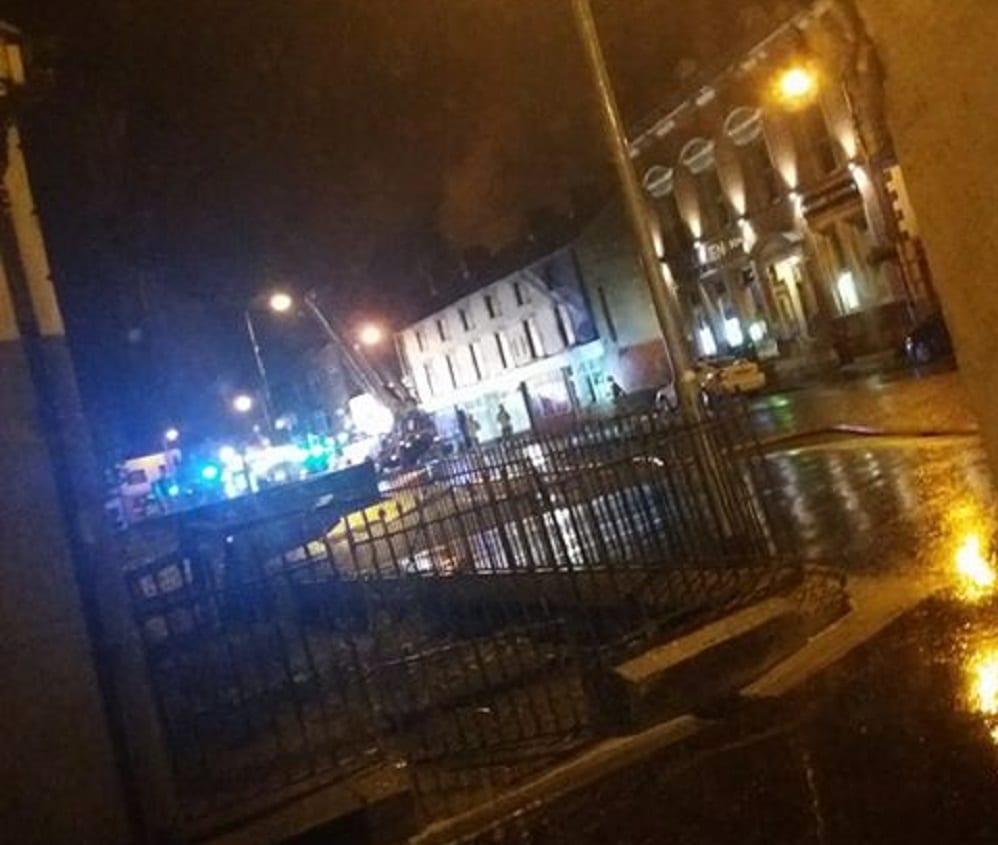 A fire at a shop in Keady in the early hours of Tuesday morning is currently under investigation.

The cause of the blaze, which broke out at around 1.30am this morning, is currently unknown.

Extensive damage was caused at the unoccupied three-storey mid-terrace shop.

An aerial appliance from Portadown fire station was required to help with the three crews from Keady and Newtownhamilton.

Crews took almost three hours to tackle the fire, before it was extinguished shortly before 4.30am.

A spokesperson for NIFRS confirmed to Armagh I that the cause has not yet been established and an investigation is underway.