Development would include outdoor space to rear 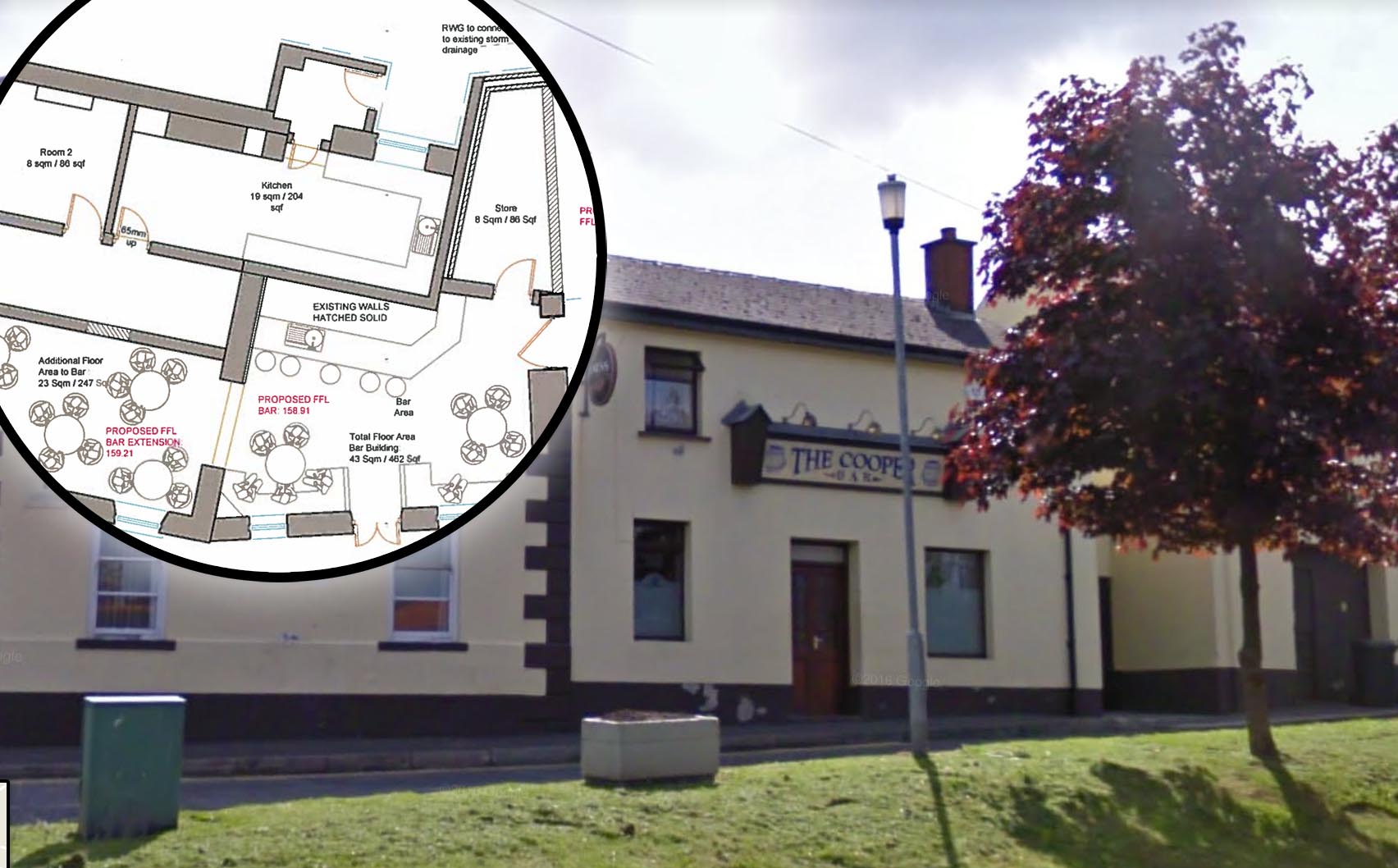 A well-known county Armagh pub is hoping to raise the bar after plans were submitted for a dramatic revamp and extension of its current home.

The Cooper Bar in Keady is brewing up a development which, if given the green light by council planners, will see its premises on High Street double in size.

The plans include extending the pub to the vacant property on its its left – which looks out onto the Granemore Road – “to include change of use on ground floor from part of dwelling to additional lounge space”, with a self-contained flat to go above the property.

The wall will be knocked through to allow for an open plan lounge.

It will also mean the demolition of the existing store, with a rebuild of the property to the pub’s right, to provide male, female and disabled toilet facilities on the ground floor, as well as in the first floor self contained flat.

The alleyway currently between the men’s toilet and main pub will be removed entirely as a result. All three properties on the ground floor will be connected.

And further good news for regulars to The Cooper, will be the introduction of an outside space to the rear; effectively a beer garden.

In the past, customers have had to contend with placing tables on the main street to the front of the building.

The plans were submitted by the owner Damien McGleenan and will be advertised next week.

Costs for the project have not been made available but would represent a significant investment in the town.