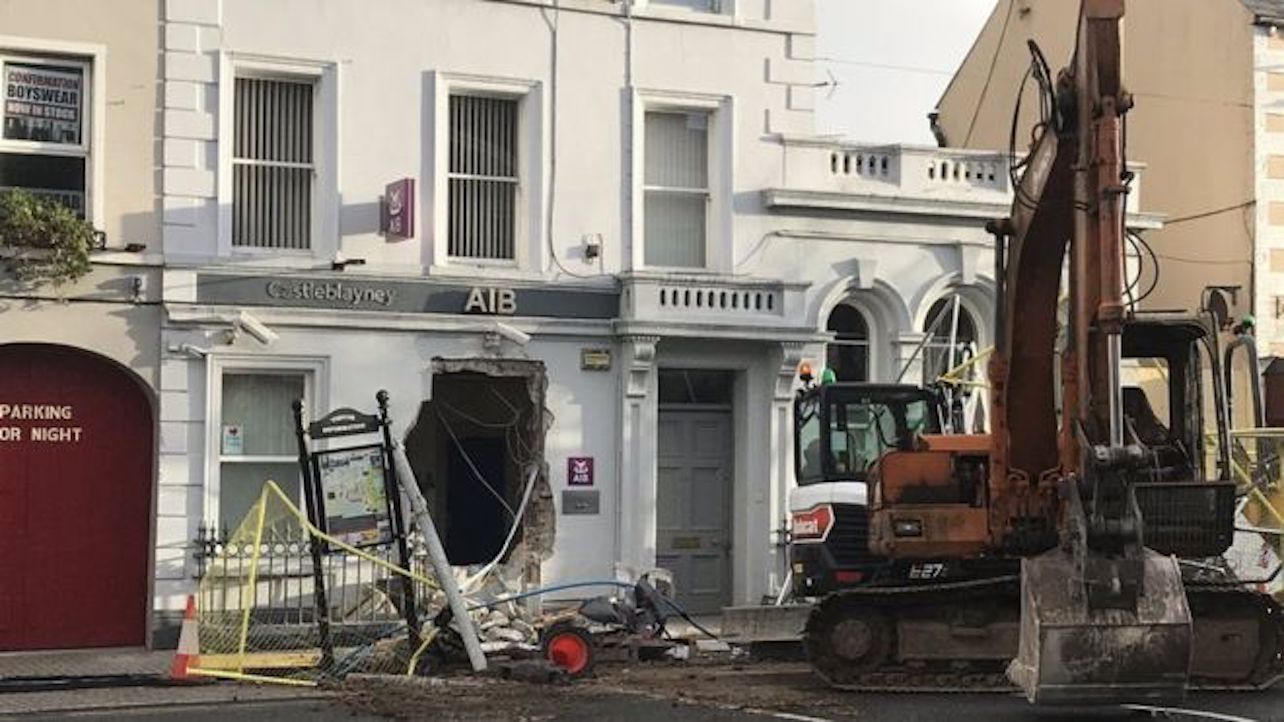 An ATM was ripped from a wall in Castleblayney overnight as the assailants were spotted heading in the direction of the Armagh border.

Gardaí were alerted to the theft of the cash machine from the wall of AIB on Main Street at around 3am.

A John Deere tractor and a trailer was left blocking York Street in the town.

The digger, which was used to rip the ATM from the wall, was still running when officers arrived in the scene.

Gardaí say a dark-coloured 4×4 vehicle, with the cash machine on a trailer, travelled in the direction of Co Armagh.

The scene in Castleblayney has been sealed off.

The PSNI said eight ATMs have been stolen in seven separate incidents in Northern Ireland in 2019, along with one attempted theft.

Roads through the town remain closed on Wednesday morning.