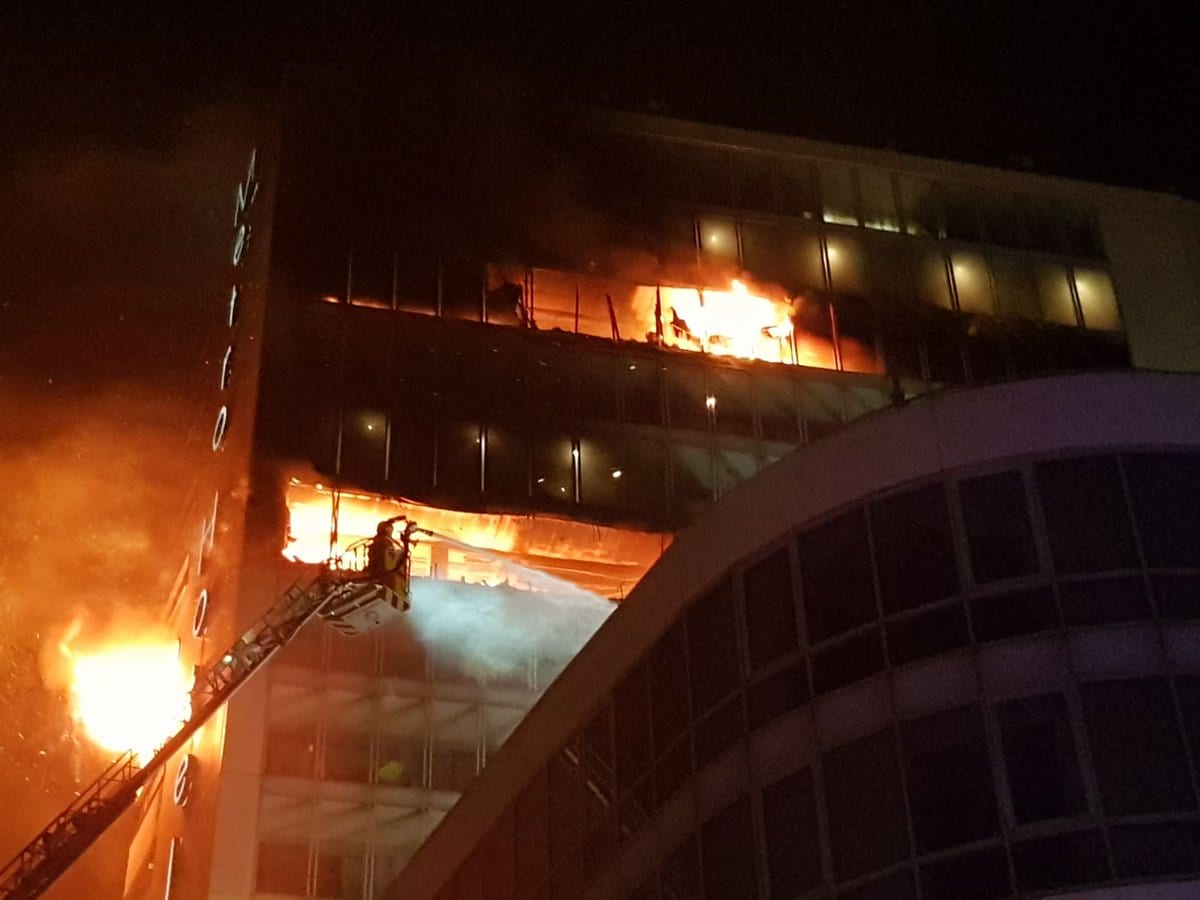 Around 150 guests were evacuated from a Dublin hotel after a fire broke out around 8pm tonight.

Dublin Fire Brigade are currently dealing with the serious fire at the Metro Hotel in Ballymun area of the city.

Gardaí are also at the scene and traffic diversions are in place around the area.

Dublin Fire Brigade tweeted: “Eight fire engines, turntable ladder and command units are dealing with a fire in a premises in #Ballymun . Road closures at Santry Cross as we deal with the fire.”

The hotel guests have been relocated to the nearby Carlton Hotel, according to reports.

The fire has spread across at least five floors at the top of the complex, with the ninth and twelfth floors visibly the worst affected.

The hotel was used as temporary, homeless accommodation in recent years, but there are no families living there currently.

. @DubFireBrigade battling a blaze on the upper floors at the Metro Hotel in Ballymun. @rtenews pic.twitter.com/LQaRWPI0bQ

Terrible scenes here in Ballymun as five floors on fire and the Metro Hotel. Tojan work by @DubFireBrigade who have put themselves in amazing danger. pic.twitter.com/z8T2dcXDDf

Very scary seeing images of the Metro Hotel on Fire. I'm told a number of units from @DFBNo3 are on the way. I hope everyone is safe pic.twitter.com/Li2Hs2XWqw

Become a member
RelatedDublinRepublic of Ireland