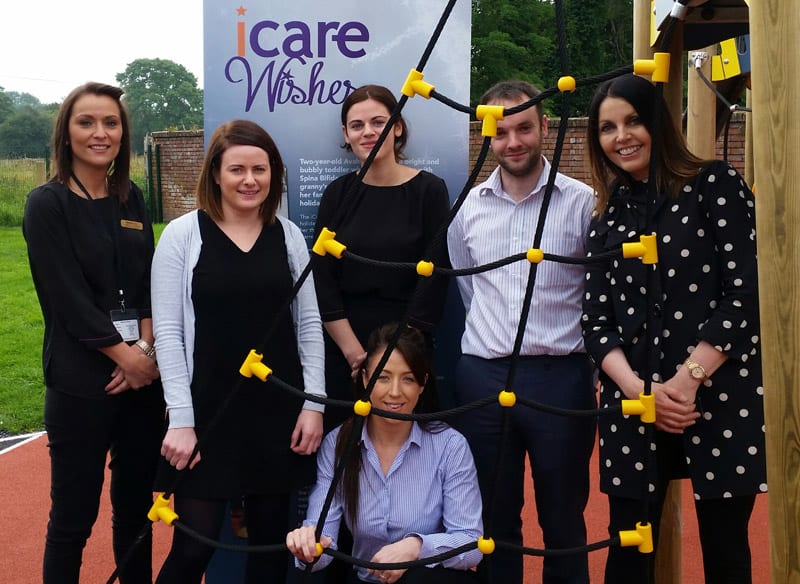 A team from Homecare Independent Living will prove if they have a head for heights or not as they prepare to abseil down Belfast’s Europa Hotel to raise money for iCare.

The team, which includes the chief executive and senior managers, hopes to raise a minimum of £1,000 for the community charity which grants iCare Wishes for people in need.

Since 2013, the charity’s committee has been inundated with letters from the community asking iCare to grant iCare Wishes for people who need help. In order to grant those wishes, the committee, which is made up of Homecare Independent Living employees, implements fundraising initiatives to grant as many wishes as possible. Speaking ahead of the 130ft abseil, regional manager Charmaine Hamilton said: “The team are quite nervous because there are a few of us who don’t really have a head for heights and there’s definitely one of us who is already totally petrified.

“But teamwork will prevail because this challenge is so worthwhile. The work iCare does in the community is phenomenal. Its mission is to use the power of its people to create a better world by ensuring everyone involved can make a real difference in our local communities.

“Recently we kick started a campaign for a Co Armagh family who need to raise £14,000 to buy specialist equipment to help Eva Tomney walk again after she suffered a brain tumour when she was three-years-old. We donated specialist equipment which gives Eva independence outside of her wheelchair.

“We have also recently donated a specialist chair to Rory Casey – a young boy from County Tyrone who has Down’s Syndrome and delayed development. Rory needs this chair for stability at school.

“Making a real difference in peoples’ lives matters so, on September 20, it’s down the Europa we go.”