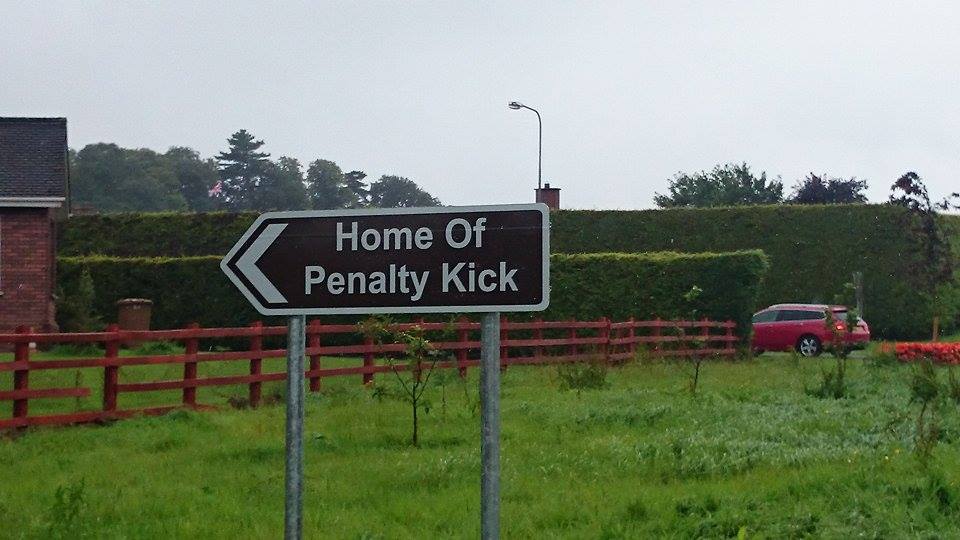 The County Armagh village of Milford has been dealt another blow by the Heritage Lottery Fund, Armagh I can reveal.

Last December the HLF turned down an application for funding to restore the grave of penalty kick inventor William McCrum.

And now an application by the Milford Buildings Preservation Trust to acquire and conserve artefacts from the Manor House collection – and provide public access to them at 22 Monaghan Street, Milford – has also been rejected.

The Manor House was the home of the McCrum family, the famous linen family who are closely linked with the village.

Milford Buildings Preservation Trust was established as a registered charity and its aims are “to promote, protect and preserve” Manor House and its “gardens and parkland for the benefit of the nation, and the buildings or structures of particular beauty or of historical, environmental, architectural or constructional merit or interest in the Milford area of Co Armagh and to restore, renovate and conserve the gardens and planned landscape and other open spaces and land associated with or related to such buildings and structures”.

The application was the latest relating to the village and its historical connections with the McCrum family turned down.

Last December HLF rejected an application to fund the restoration of the grave of William McCrum, at St Mark’s Parish Church in Armagh, which had fallen into a serious state of disrepair.

That decision was made at an IFAB meeting held in Belfast in February and came just days after the launch of a campaign to raise the estimated £7,000 required after the Heritage Lottery rejection.

The restoration will be followed by a service of dedication in August.

But the William McCrum Grave Restoration Project – as it was submitted to the Heritage Lottery Fund for consideration – was turned down in December, the decision having been taken at a recent meeting of the HLF Board.