'They're walking over everything. They're landing on your food, they'd walk into your mouth if you let them' 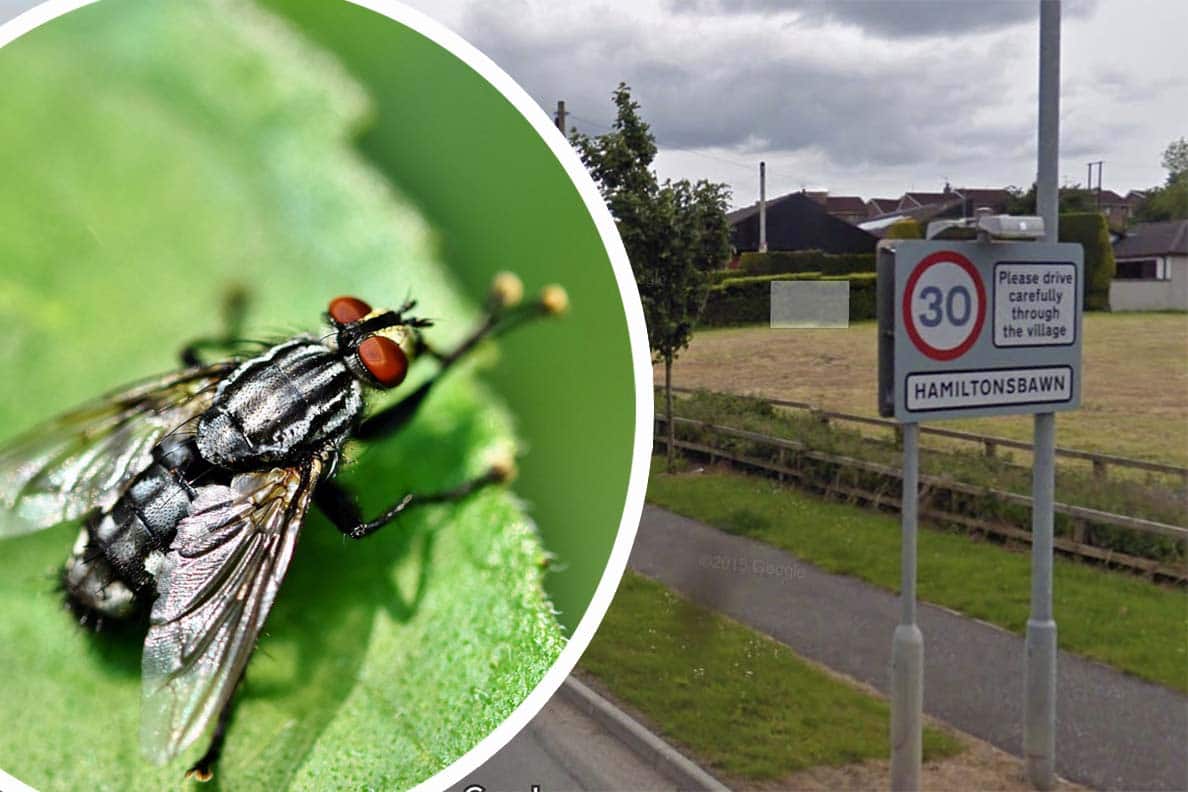 Residents of a Co Armagh village are being plagued by swarms of flies and it is making life hell.

Quite literally blankets of black flies have been invading Hamiltonsbawn over recent days.

With many working from home – and families keen to spark up the BBQ – they are at their wits end.

One resident told Armagh I : “I know flies are to be expected at this time of year but we’ve never seen anything like this.

“I’ve killed dozens of them. I’ve sprayed that much fly spray indoors it’s hard to breathe, but I’ve no choice.

“It would be nice to be able to sit outside and have lunch or even a cup of tea but there’s masses of the things. They’re walking over everything. They’re landing on your food, they’d walk into your mouth if you let them.

“It’s absolutely disgusting. They have to be coming from somewhere.”

Indeed they do. But the sad thing is that their appearance has left the experts completely baffled.

At this stage there has been no way to prove beyond doubt where they are coming from and therefore to take steps to actively address the issue.

DUP Alderman Gareth Wilson was contacted by a number of locals who asked him to see if he could get to the bottom of it.

He told Armagh I it was baffling but promised they were doing all they can to get to the bottom of it.

Alderman Wilson said: “This is a concerning issue and whilst all residents are realistic as to the fact flies can be more prevalent in warmer weather, the levels they are seeing are not normal and I feel, as do they, that it points to something else as the cause of such an increase in numbers.

“Council environmental health staff are actively looking at this issue and have been liaising with Northern Ireland Water, as there is a large pumping facility close to the village which could be an obvious contributor to this menacing problem.

“Hopefully, some resolution can be found to this annoying issue for everyone in the village affected.”