Guns and goods taken in spate of burglaries 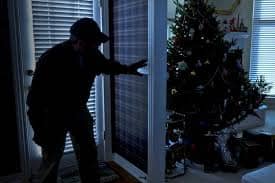 Guns, electrical goods, ornaments and a mobile phone have been taken during the course of a spate of burglaries and attempted burglaries.

And tonight (Thursday), detectives have issued an appeal for information in response to incidents in the  Tynan and Middletown areas on Saturday, November 23.

Sometime between  11am and 8pm a house in the Ivy Park area of Middletown was targeted and an  attempt made to gain entry. Damage was caused to windows at the house but no entry was gained.

In Tynan, a house in the Coolkill Road area was broken into  sometime between 7.30pm and midnight and a gun cabinet with two legally held  firearms taken.

At around 8pm it was reported that a house on Main Street had  been entered and ransacked. A number of glass items and a mobile phone were  taken.

A burglary at Dartan Ree was reported at around 8.10pm in which a  television was taken from the house.

Officers are investigating a link between  these incidents and are keen to speak with the owner or passengers of a black  car bearing southern registration plates that was seen in the Dartan Ree area  around this time.

A further attempted burglary was reported to police at a house  in the Linen Green area of Milford sometime between 7.30pm on Saturday, November 23 and  2am on Sunday. Damage was caused to the lock and door frame but  entry was not gained.

A PSNI spokesperson appealed for vigilance and to the public to improve their security.

He said: “Police would advise residents to ensure their  homes are secure at all times. Make sure windows and doors are locked. Do not  leave valuables where they can be seen through windows by passersby. If you have an alarm make sure you use it. If you don’t, consider purchasing an alarm  or security lighting to give your home extra protection.

“Many of us have  been saving for Christmas, however, it is sensible not to keep large sums of money  in the house. Large sums are better kept secure in a bank or other financial  institution. Christmas gifts, particularly those of high value or popularity, should be stored securely within the home and not left out on display or visible  to passersby.

“Neighbours can also play a vital part in helping prevent burglary by keeping an eye-out for suspicious vehicles and people and by reporting ALL suspicious activity to police. If you intend to be away from your  home for a period of time for any reason, let a trusted neighbour or your local  police station know. The number to call is 0845 600 8000 or in an emergency dial  999.”

Further crime prevention advice can be obtained by visiting the PSNI  website at www.psni.police.uk or by contacting your local Crime Prevention  Officer.